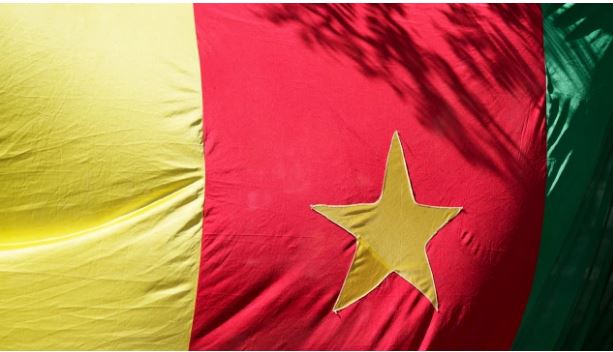 Latest tragedy is part of an upward trend, say bishops.

The kidnapping of five priests and the burning down of a Catholic church in Cameroon is part of an increase in attacks against the Church in the African nation, say bishops in the country.

Armed militants last Friday evening, September 16, attacked and set fire to St. Mary’s Church in Nchang, a western village on Cameroon’s border with Nigeria. They kidnapped nine people – including five priests, a nun, a catechist, a cook, and a teenage girl.

Vatican News said the attack is the latest violent incident targeting local Church members in the conflict-ridden Anglophone regions where separatists have been fighting the Francophone-controlled central government since 2017.

“It was with great shock and utter horror that we, the bishops, learned of the burning down of the St. Mary’s Catholic Church, Nchang … and the kidnapping of five priests, one religious sister, and two lay faithful by unknown gunmen,” said a statement released by the Bamenda Ecclesiastical Province, which includes the Diocese of Mamfe, where the church is located.

The prelates said they “strongly condemn all these attacks against the Church and her Ministers and we appeal to those who have taken the priests, the nun, and the Christians in Nchang to release them without further delay. We insist on this because this act has now crossed the red line and we must say that ‘enough is enough.’”

Rosary of reparation in October

A “wave of persecutions against the hierarchy of the Church is now the new game of the ‘Struggle,’” they said, “and all kinds of threat messages are sent out against missionaries who have surrendered their lives to work for the people.”

Following the attack, Bishop Aloysius Fondong Abangalo of Mamfe made his way to the burned church to safeguard consecrated hosts kept in the tabernacle.

“What happened is an abomination,” Bishop Abangalo said in a video. “Put simply, God has been made to understand that we do not want him in our country.”

He invited all the people of the Diocese of Mamfe to offer a Rosary of Reparation throughout the month of October.

Cameroon consists of English-speaking and French-speaking areas, stemming from colonial days. But English speakers have long complained of discrimination and neglect on the part of the French-speaking central government. Protests in 2016 turned deadly, and in 2017, separatists started a guerilla war for the independence of the Anglophone region as the Federal Republic of Ambazonia. The government responded with a military offensive, and the insurgency spread across the Northwest and Southwest regions.

Since 2016, more than 450,000 people have fled their homes. The conflict also indirectly led to an upsurge in Boko Haram attacks, as Cameroon’s military largely withdrew from the north to focus on fighting the Ambazonian separatists.

“The violence has taken a heavy toll on the civilian populations in the Northwest and Southwest regions, with attacks against schools, extrajudicial killings, kidnappings and a general sense of insecurity forcing millions of Cameroonians to flee to neighboring countries,” Vatican News said.

Fight against the state, not the Church

Voice of America reported that Cameroon’s military says the nine persons were abducted from St. Mary’s Church by separatists but does not give possible reasons for the abduction. The government said the military has been deployed to rescue them.

Capo Daniel, deputy defense chief of the Ambazonia Defense Forces, said that some splinter separatist groups are attacking everyone they suspect of collaborating with Cameroon’s central government in Yaounde. “He said the splinter groups do not want schools the fighters consider instruments of manipulation and assimilation of English speakers by the French-speaking majority to open in western Cameroon. The Roman Catholic Church has opposed closure of schools by fighters,” VOA explained.

“We are sending a warning to all the splinter Ambazonia forces that there is no justification for attacks against religious institutions that are the backbone of Ambazonia communal life,” Daniel said. “Whatever differences we have with some of the leadership of the Catholic Church, the church is sacrosanct and cannot be torched in this manner. Our fight is against the Cameroon state and its institutions and not against the Church.”