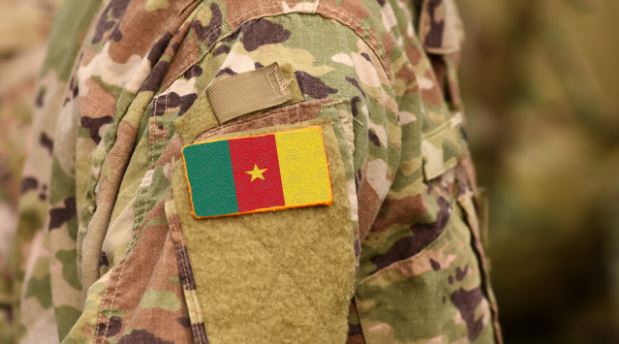 Reportedly no ransom paid for group.

Nine Catholics from Cameroon, including five priests, have been released by their kidnappers in Nigeria, after being held there for over a month.

In announcing the release, Bishop Aloysius Fondong Abangalo of Mamfe, Cameroon, said on Sunday that he attributed the captives’ release to the prayers of the Christian community.

Armed militants on September 16 attacked and set fire to St. Mary’s Church in Nchang, a western village on Cameroon’s border with Nigeria. They then kidnapped five priests, a nun, a catechist, a cook, and a teenage girl.

“For over one month, we have experienced great pain and sorrow on account of the desecration of the main church of St. Mary’s Parish, Nchang, and the kidnap of our brothers and sisters,” Bishop Fondong Abangalo said in a statement. “I announce with great joy the release of all nine who were abducted.”

The bishop also expressed gratitude to “all those who collaborated with us in the process of negotiating for their safety and release.”

He did not elaborate on how the negotiations were conducted. An official of the National Commission for Refugees, Migrants, and Internally Displaced Persons of Nigeria, speaking on condition of anonymity, told Crux News that his office was deeply involved in the negotiations.

“Some refugees who knew the kidnappers and their activities acted as informants to the Nigerian government,” the official said.

He added that there was one other person – not a refugee – from Nigeria who was in direct contact with the kidnappers.

“A meeting was held between myself, the refugee, and the third person in my Office in Calabar to strategize on how best to handle the issue and certain resolutions were reached,” adding there was constant contact between the parties until the release of the captives.

In a brief video, one of the released hostages said, “We want to thank the freedom fighters of Ambazonia for releasing us without any ransom paid, and for their hospitality.”

Ambazonia is the name the separatists use for the Anglophone regions of Cameroon.

“It is a matter of do or die,” Jingwa says. “Do whatever it takes to listen to these boys [the kidnappers] and do what they ask of you.”

Kidnappers initially demanded a ransom of $100,000, but then started bringing it down and ended up asking for $50,000. The bishops of Cameroon refused to pay any ransom, saying that doing so would only encourage more kidnappings.

Soon after the kidnapping occurred, Bishop Fondong Abangalo invited all the people of the Diocese of Mamfe to offer a Rosary of Reparation throughout the month of October.

After the release of the captives, he asked the faithful to pray a decade of the Rosary in thanksgiving.

Bishops in the country earlier called the arson and kidnapping part of an increase in attacks against the Church in Cameroon. Vatican News said the attack is the latest violent incident targeting local Church members in the conflict-ridden Anglophone regions where separatists have been fighting the Francophone-controlled central government since 2017.

According to Archbishop Andrew Nkea Fuanya of Bamenda, president of the Episcopal Conference of Cameroon, separatists said they attacked St. Mary’s out of anger because the Catholic Church does not support their struggle.

Cameroon consists of English-speaking and French-speaking areas, stemming from colonial days. But English speakers have long complained of discrimination and neglect on the part of the French-speaking central government. Protests in 2016 turned deadly, and in 2017, separatists started a guerilla war for the independence of the Anglophone region as the Federal Republic of Ambazonia. The government responded with a military offensive, and the insurgency spread across the Northwest and Southwest regions.

Since 2016, more than 450,000 people have fled their homes. “The violence has taken a heavy toll on the civilian populations in the Northwest and Southwest regions, with attacks against schools, extrajudicial killings, kidnappings and a general sense of insecurity forcing millions of Cameroonians to flee to neighboring countries,” Vatican News said.