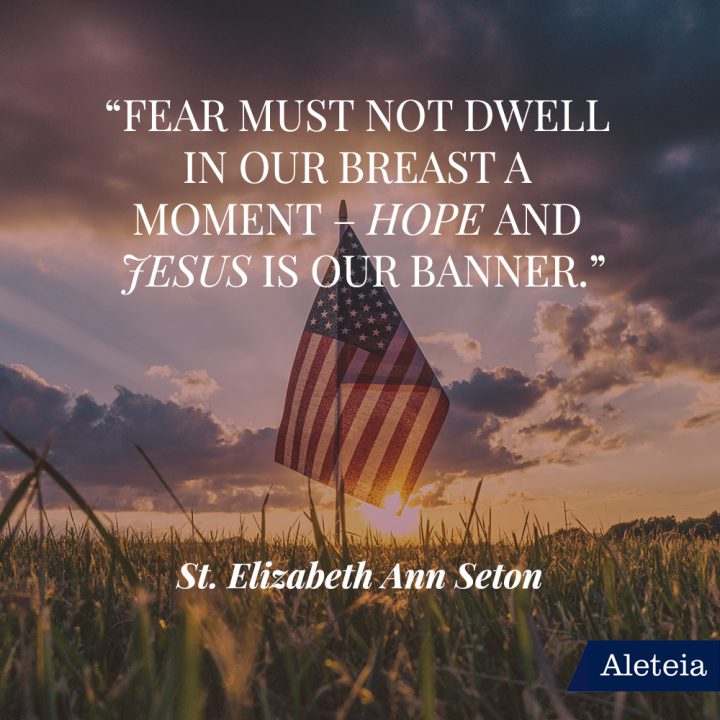 Elizabeth Ann Bayley was born in New York City on August 28, 1774 to a prominent Episcopal family, and lost her mother at the age of three. In 1794, at the age of 19, Elizabeth married William Magee Seton, a wealthy businessman with whom she had five children. William died of tuberculosis in 1803, leaving Elizabeth a young widow. After discovering Catholicism in Italy, where her husband had died, Elizabeth returned to the United States and entered the Catholic Church in 1805 in New York.

Mother Seton, as she is often called, was canonized on Sunday, September 14, 1975 in St. Peter’s Square by Pope Paul VI. She was the first citizen born in the United States to be given the title of “Saint.” Her remains are entombed in Emmitsburg in the Basilica at the National Shrine that bears her name.