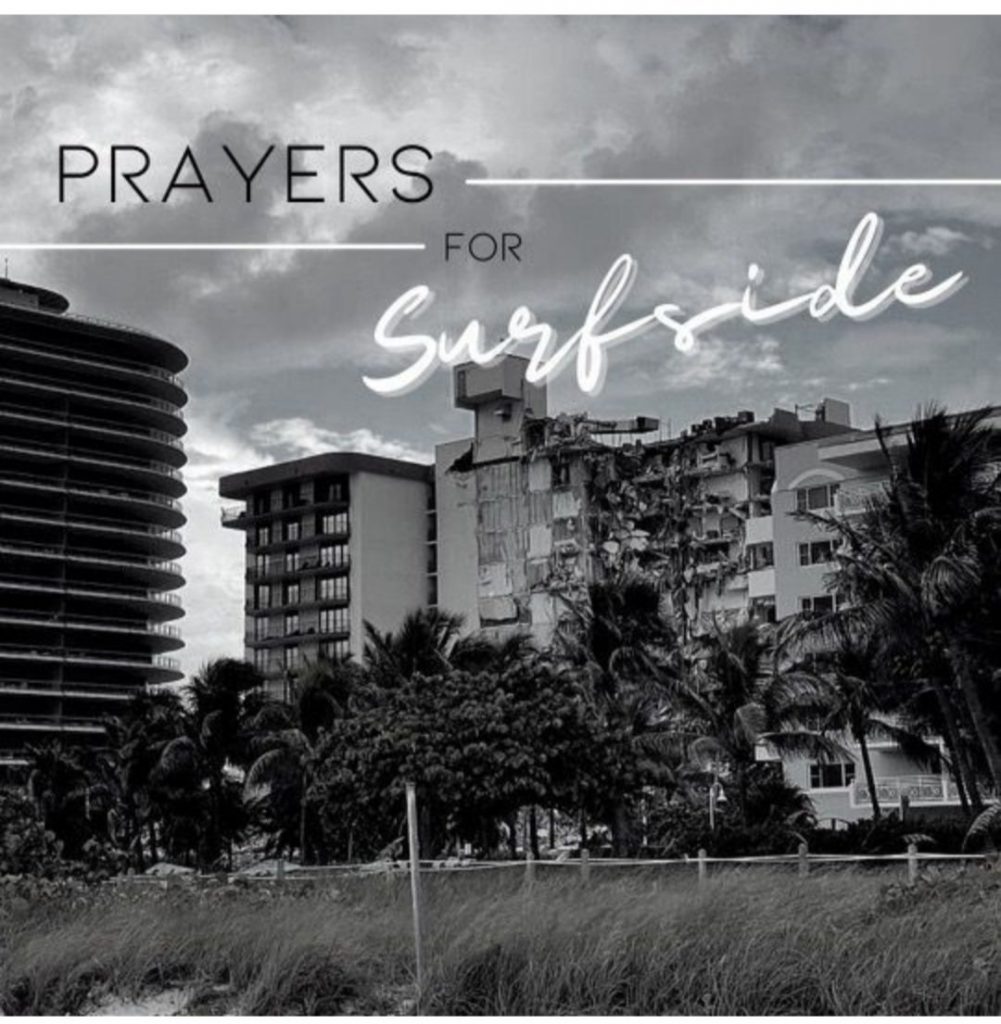 The youngest victims to date of the Surfside collapse were buried Tuesday along with their parents. The Guara sisters shared the same casket.

MIAMI — As rescue efforts continue in Surfside, Florida, after a condominium collapsed in the early morning hours of June 24, a Catholic family of four was laid to rest Tuesday, the second Catholic funeral for victims of the incident that has now claimed the lives of 46 people.

A steady stream of Catholic faithful entered St. Joseph’s Catholic Church yesterday as three coffins were brought inside. Three coffins — carrying Marcus Guara, 52, his wife, Ana Guara, 42, and their daughters, Lucia, 10, and Emma, 4 — entered the parish, arriving in black Cadillac hearses. At the family’s request, the two children were placed together in one casket, two young lives tragically cut short.

According to the Associated Press, Marcus Guara attended the University of Miami, where he studied business and was also the captain of the rowing team. He worked as a regional sales manager for a New York-based bed-and-bath textile company Kassatex. But he was, above all, a family man.

10-year old Lucia and her younger sister, Emma, lived on the eighth floor with their parents. The smaller white casket they shared Tuesday had one pink and one purple ribbon, favorite colors of the two young girls. Local media reports say that Lucia enjoyed watching Jeopardy! and little Emma’s happiest days were the ones dressed as a princess.

During the homily, Father Sosa motioned to the baptismal font where Emma was baptized in 2016 and then to the spot where Lucia had her first Communion in 2019. Showing a photo of Lucia receiving the Eucharist, he walked over to the girls’ casket. “As a symbol of her union with Christ,” Father Sosa said, as he placed the photograph on top.

“The girls were brought by Marcus and Anaely. And now Christ has encountered them at a different stage, in a different moment, because Christ never leaves us abandoned.”

This was not the first funeral that Father Sosa offered for victims of the Surfside condo collapse, as 12 families were registered at the parish as living in the south tower. Four got out of the building safely or had sold their property there. Eight families are still missing.

The rescue mission has been impeded greatly, as Tropical Storm Elsa has been battering the coast, bringing tornado watches, lightning and fierce winds. According to a press conference this morning, Miami-Dade County Mayor Danielle Levine Cava said another 10 victims had been recovered overnight, bringing the confirmed deaths to 46. Nearly 100 people are still missing.

As Miami Archbishop Thomas Wenski noted shortly after the collapse, the tragedy has brought the community and Catholics together, offering prayer vigils and Rosaries for families that have died and those hoping for a miracle. St. Joseph Catholic Church has become a base for media and many weary rescue crews who are working around the clock to pull victims and potential survivors out of the rubble.

“Everybody is coming together and cooperating, in a very difficult time,” Archbishop Wenski told CNA.

“This is an example that God can bring good out of something that’s very evil, very difficult,” he said.

To reiterate the message of Father Sosa: “Christ never leaves us abandoned.”