Fraternity is the most valuable medal 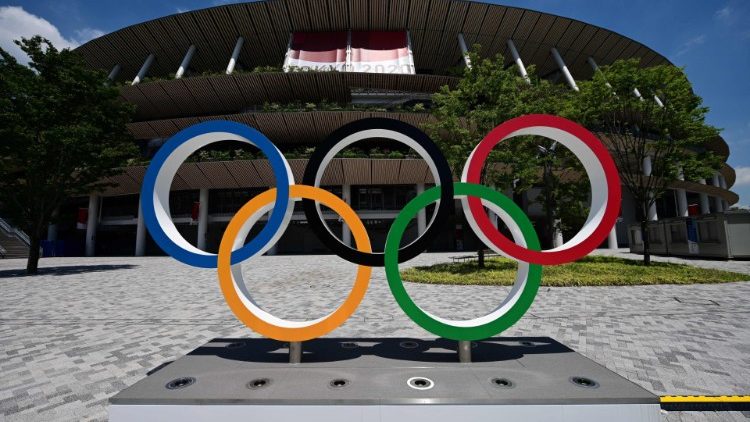 Tokyo prepares to host the Olympic Games in the shadow of the pandemic. Pope Francis’ teaching on sport shows the way to build harmony among peoples.

Some have already dubbed the Tokyo Olympic Games “the sad Olympics”. In order avoid the spread of Covid-19, Tokyo authorities have decided there will be no spectators in the stands of the stadiums, hugs between athletes will not be allowed, Olympians will have to put their medals around their own necks to avoid any possible contact. A year after the postponement of the Games, due to the pandemic, Japan is preparing to experience the world’s prime sporting event with conflicting feelings: joy and sadness, pride and concern. However, in these Olympics, that mark a “first” due to the strict anti-Covid measures, perhaps the meaning (and value) of the event with its five, symbolically intertwined rings and its spirit of fraternity amongst peoples, will more fully emerge. It is a message that is certainly much needed today, as we all find ourselves “in the same boat” and facing many difficulties, as well as an unexpected change of era with still unpredictable consequences.READ ALSO17/07/2021

Olympic Truce comes into force a week before opening ceremony

Pope Francis has repeatedly underlined the educational potential of sport for young people, the importance of “putting oneself on the line” and the merit of fair play, as well as – and he did so even during his days of hospitalization at the Gemelli Hospital – the value of a defeat, because the greatness of a person is more evident when he or she falls rather than in a moment of triumph, both in sport and in life. At the beginning of the year, in a long interview with the Italian newspaper “Gazzetta dello Sport”, the Pope remarked: Victory gives you a thrill that is difficult to describe, but there’s also something marvellous about a defeat. (…) Wonderful victories can be born from certain defeats because you unleash the desire for redemption after identifying the mistake. I would even add that winners don’t know what they’re missing out on.” In a time marked by fractures and polarization of all kinds, for the Pope, sport can therefore be, as he reminded the Special Olympics athletes, “A universal language that can overcome cultural, social, religious and physical differences, and it can unite people, rendering them participant in the same game and together protagonists of victories and defeats”.

For sure, as demonstrated during the recent European Football Championships and the Copa America, the athletes on the tracks, in the field or on the footboard, will not be sparing any energy in order to win. The spirit of competition is also strengthened by the long wait since the last Olympics, those of 2016 in Rio de Janeiro. After all, if Pope Francis has repeatedly expressed his appreciation for the amateur and community dimension of sport and for its social function, he also well knows that sports, especially at a professional level, is fueled by competition and the desire to overcome one’s personal limits. “Show how far one can arrive through the effort of training, which involves great commitment and also sacrifices” he said to Italian swimmers in June 2018, “All this constitutes a lesson of life, especially for your peers. Here then is the hope that these Tokyo Olympics will be able to combine competitive tension and spirit of unity. Overcoming limits and sharing fragilities. Today, more than ever, the challenge is not only to win the gold medal – the dream and goal of every Olympic athlete – but to win, all together, the medal of human fraternity.