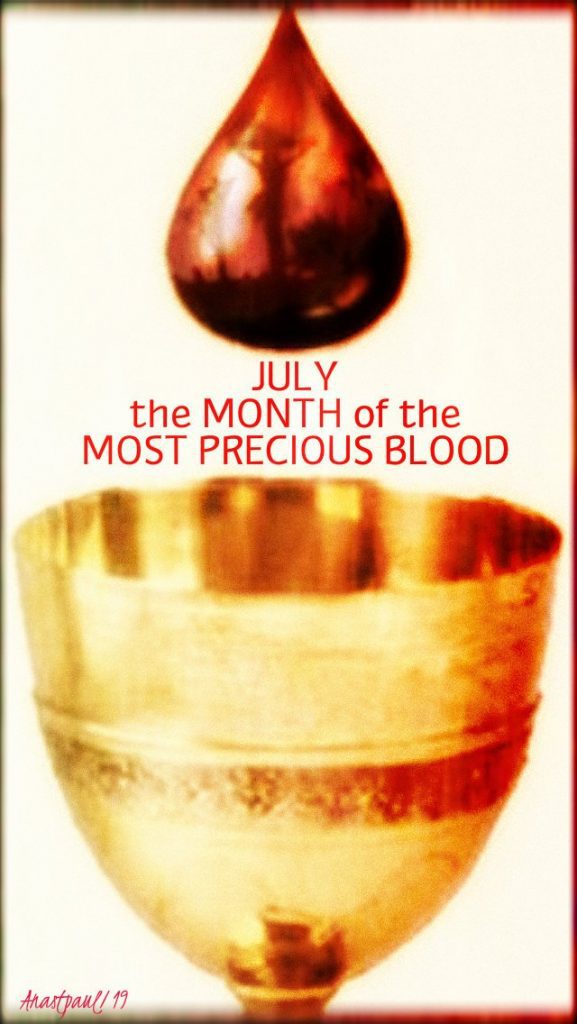 When the pope was in exile, he turned to the Blood of Christ for strength.

One particular devotion in the Catholic Church connected to the Passion of Jesus Christ is the honoring of his Precious Blood. It is a recognition of Jesus’ sacrifice and how he spilled his blood for the salvation of humanity. Furthermore, this blood is made present through the gift of the Eucharist and is something we can consume at Mass, along with the body of Christ, under the appearance of bread and wine.

Over time the Church developed various feasts of the Precious Blood, but it wasn’t until the 19th century when a universal feast was established.

During the First Italian War for Independence in 1849, Pope Pius IX went into exile to Gaeta. He went there with Don Giovanni Merlini, third superior general of the Fathers of the Most Precious Blood.

While the war was still raging, Merlini suggested to Pope Pius IX that he create a universal feast to the Precious Blood to beg God’s heavenly aid to end the war and bring peace to Rome. Pius IX subsequently made a statement on June 30, 1849 that he intended to create a feast in honor of the Precious Blood. The war soon ended and he returned to Rome shortly thereafter.

On August 10 he made it official and proclaimed that the 1st Sunday in July will be dedicated to the Precious Blood of Jesus Christ. Later, Pope Pius X assigned July 1 as the fixed date of this celebration.

After Vatican II the feast was removed from the calendar, but a votive Mass in honor of the Precious Blood was established and can be celebrated in the month of July (as well as most other months of the year).

For these reasons the entire month of July is traditionally dedicated to the Precious Blood, and Catholics are encouraged to meditate on the profound sacrifice of Jesus and the pouring out of his blood for humanity.

Below is the opening prayer of the votive Mass, as well as an additional prayer that can be used as our own personal meditation or prayer during July.

O God, who by the Precious Blood of your only Begotten son have redeemed the whole world,preserve in us the work of your mercy,so that, ever honoring the mystery of our salvation,we may merit to obtain its fruits.Through our lord Jesus Christ, your son,who lives and reigns with you in the unity of the holy spirit, one God, for ever and ever.Admitted to your sacred table, O Lord, we have with joy drawn water from the fountains of the Savior: O may his blood, we beseech thee, become within us a fountain of water springing up to eternal life.