Holy Thursday- Live from the Vatican 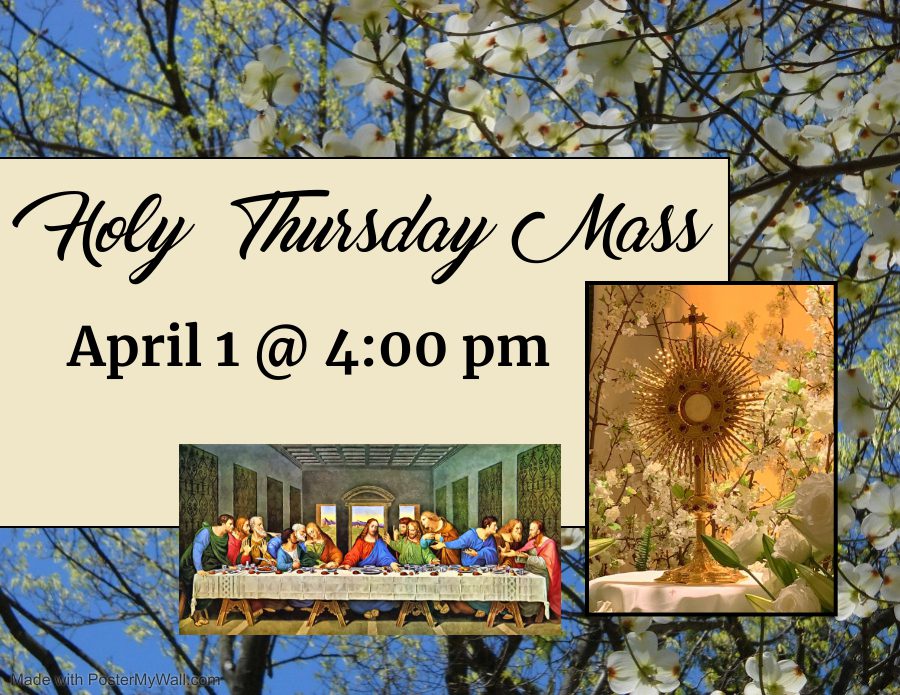 Holy Thursday is the commemoration of the Last Supper of Jesus Christ, when he established the sacrament of Holy Communion prior to his arrest and crucifixion. It also commemorates His institution of the priesthood. The holy day falls on the Thursday before Easter and is part of Holy Week. Jesus celebrated the dinner as a Passover feast. Christ would fulfill His role as the Christian victim of the Passover for all to be saved by His final sacrifice.

The Last Supper was the final meal Jesus shared with his Disciples in Jerusalem. During the meal, Jesus predicts his betrayal. 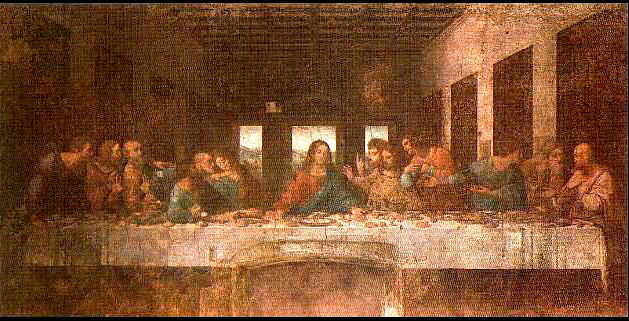 The central observance of Holy Thursday is the ritual reenactment of the Last Supper at Mass. This event is celebrated at every Mass, as party of the Liturgy of the Eucharist, but it is specially commemorated on Holy Thursday.

He also establishes the special priesthood for his disciples, which is distinct from the “priesthood of all believers.” Christ washed the feet of his Disciples, who would become the first priests.

This establishment of the priesthood reenacted at Mass with the priest washing the feet of several parishioners.

During the Passover meal, Jesus breaks bread and gives it to his Disciples, uttering the words, “This is my body, which is given for you.” Subsequently, he passes a cup filled with wine. He then says, “This is my blood…” It is believed those who eat of Christ’s flesh and blood shall have eternal life.

During the Mass, Catholics rightly believe, as an article of faith, that the unleavened bread and wine are transformed into the body and blood of Jesus Christ through a process known as transubstantiation. There have been notable Eucharistic miracles attributed to this event, such as bleeding hosts (communion wafers).

The Last Supper is celebrated daily in the Catholic Church as part of every Mass for it is through Christ’s sacrifice that we have been saved.

On the night of Holy Thursday, Eucharistic Adoration of the Blessed Sacrament takes place where the faithful remain in the presence of the Eucharist just as the Disciples kept a vigil with Christ.

Following the Last Supper, the disciples went with Jesus to the Mount of Olives, where he would be betrayed by Judas.

The Last Supper has been the subject of art for centuries, including the great masterpiece by Leonardo Da Vinci.

The cup used by Jesus is known as the Holy Grail. Although it has been rumored to exist throughout history, it is almost certainly lost to time. There is no reason to believe the cup would have been outstanding in any way, and was likely a typical drinking vessel, indistinguishable from many others. Still, many myths continue to revolve around the artifact, and it remains a target for treasure seekers and a subject of entertainment. There is an incalculable abundance of art and tradition surrounding the Last Supper which has been celebrated by Christians since the last days of Christ until now.

At every hour of every day, somewhere around the world, Mass is being said and Communion taken. This has been happening incessantly for at least several hundred years. For nearly the past two thousand years, not a single day has gone by without a Mass being celebrated in some fashion. Therefore, anyone who celebrates the Mass participates in a daily tradition that is essentially two thousand years old.

During Lent, we should; live as children of the light, performing actions good, just and true – (see Ep 5:1-9).

We should glory in the cross of our Lord Jesus Christ, for he is our salvation,
our life and our resurrection; through Him we are saved and made free. (cf. Galations 6:14)

HOLY THURSDAY is the most complex and profound of all religious observances, saving only the Easter Vigil. It celebrates both the institution by Christ himself of the Eucharist and of the institution of the sacerdotal priesthood (as distinct from the ‘priesthood of all believers’) for in this, His last supper with the disciples, a celebration of Passover, He is the self-offered Passover Victim, and every ordained priest to this day presents this same sacrifice, by Christ’s authority and command, in exactly the same way. The Last Supper was also Christ’s farewell to His assembled disciples, some of whom would betray, desert or deny Him before the sun rose again.

On Holy Thursday there is a special Mass in Cathedral Churches, attended by as many priests of the diocese as can attend, because it is a solemn observance of Christ’s institution of the priesthood. At this ‘Chrism Mass’ the bishop blesses the Oil of Chrism used for Baptism and Confirmation. The bishop may wash the feet of twelve of the priests, to symbolize Christ’s washing the feet of his Apostles, the first priests.

The Holy Thursday liturgy, celebrated in the evening because Passover began at sundown, also shows both the worth God ascribes to the humility of service, and the need for cleansing with water (a symbol of baptism) in the Mandatum, or washing in Jesus’ washing the feet of His disciples, and in the priest’s stripping and washing of the altar. Cleansing, in fact, gave this day of Holy Week the name Maundy Thursday.

The action of the Church on this night also witnesses to the Church’s esteem for Christ’s Body present in the consecrated Host in the Adoration of the Blessed Sacrament, carried in solemn procession to the flower-bedecked Altar of Repose, where it will remain ‘entombed’ until the communion service on Good Friday. No Mass will be celebrated again in the Church until the Easter Vigil proclaims the Resurrection.

And finally, there is the Adoration of the Blessed Sacrament by the people during the night, just as the disciples stayed with the Lord during His agony on the Mount of Olives before the betrayal by Judas.

There is such an abundance of symbolism in the solemn celebration of the events of Holy Thursday layer upon layer, in fact that we can no more than hint at it in these few words. For many centuries, the Last Supper of Our Lord has inspired great works of art and literature, such as the glorious stained glass window in Chartres cathedral (above), Leonardo’s ever popular (and much imitated) Last Supper in the 16th century, and the reminiscence called Holy Thursday, by the French novelist, Franasois Mauriac, written in the 1930s. (A chapter of Mauriac’s meditation was reprinted in Voices, Lent-Easter 2002, with permission from Sophia Institute Press).

When you eat this bread and drink this cup you proclaim the Lord’s death, until He comes again.
I Corinthians 11:26