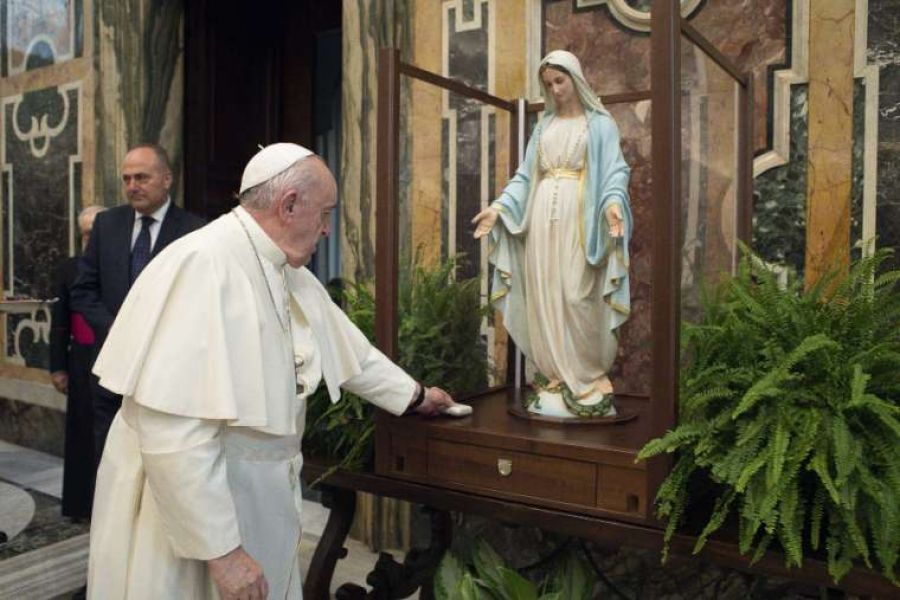 In his message for the 55th World Day of Peace marked on 1 January, Pope Francis points to three paths for building a lasting peace: dialogue between generations, education and work.

In his annual message for the Catholic Church’s World Day of Peace, Pope Francis calls on all men and women of goodwill, on government leaders and on decision-makers to walk together with courage and creativity on the path of intergenerational dialogue, education and work.

Introducing this message, the Pope notes that the path of peace continues to remain “sadly distant from the real lives of many men and women.”

Citing the intensification of wars and conflicts, climate change and environmental degradation, an individualistic economic model and the effects of the Covid-19 pandemic, “the cry of the poor and the cry of the earth” he says, “constantly make themselves heard, pleading for justice and peace.”

But he points out, “in every age peace is both a gift from on high and the fruit of a shared commitment” and he singles out three paths for building lasting peace.

The first, “dialogue between generations as the basis for the realization of shared projects,” is especially crucial, the Pope said, in a world still gripped by the pandemic that has driven so many to take refuge in their own little world or react to it with destructive violence.

Dialogue, the Holy Father notes, demands trust between the participants who need to listen to one another, share different views, reach agreement and walk together. This is especially important, he says, between generations: “between the keepers of memory – the elderly – and those who move history forward – the young.”

“Although technological and economic development has tended to create a divide between generations,” he says, “our current crises show the urgent need for intergenerational partnership,” inviting us to think of care for our common home and pointing out that the environment “is on loan to each generation which must then hand it on to the next.”

The second path chosen by Pope Francis in the pursuit of peace is education: a primary means of promoting integral human development. It makes individuals freer and more responsible, he says, and is essential for the defence and promotion of peace.

Pope Francis then dedicates two paragraphs to a global increase in military expenditures and says it is “high time that governments develop economic policies aimed at inverting the proportion of public funds spent on education and weaponry.”

Expressing his hope that investment in education will also be accompanied by greater efforts to promote a culture of care, the Pope calls for the forging of a new cultural paradigm through a “global pact on education for and with future generations”, one that commits all stakeholders to promote integral ecology and a model of peace, development and sustainability centered on fraternity and the covenant between human beings and the environment.

Work: a means for the full realization of human dignity

The third path spotlighted by Pope Francis is one that rests on the belief that work is an indispensable factor in building and keeping peace.

Pointing to the devastating effects the Covid-19 pandemic has had on the world of work, causing economic and productive activities to fail and unemployment to soar, the Pope says work, workers and their rights are the foundation on which to build justice and solidarity in every community.

His perspective is twofold: on one hand, work is a necessity, part of the meaning of life on this earth, a path to growth, personal fulfilment and the opportunity to contribute to society; on the other, “it is more urgent than ever to promote decent and dignified working conditions for labourers and to encourage entrepreneurial initiatives in which “profit is not the sole guiding criterion.”

Men and women who are conscious of their role in society, and who work and find fulfilment in places where human dignity is respected, Pope Francis says, will become artisans of peace, walking together on the path of intergenerational dialogue, education and work: three indispensable elements for making possible the creation of a social covenant without which every project of peace turns out to be insubstantial.