Lent: a time for renewing faith, hope and love 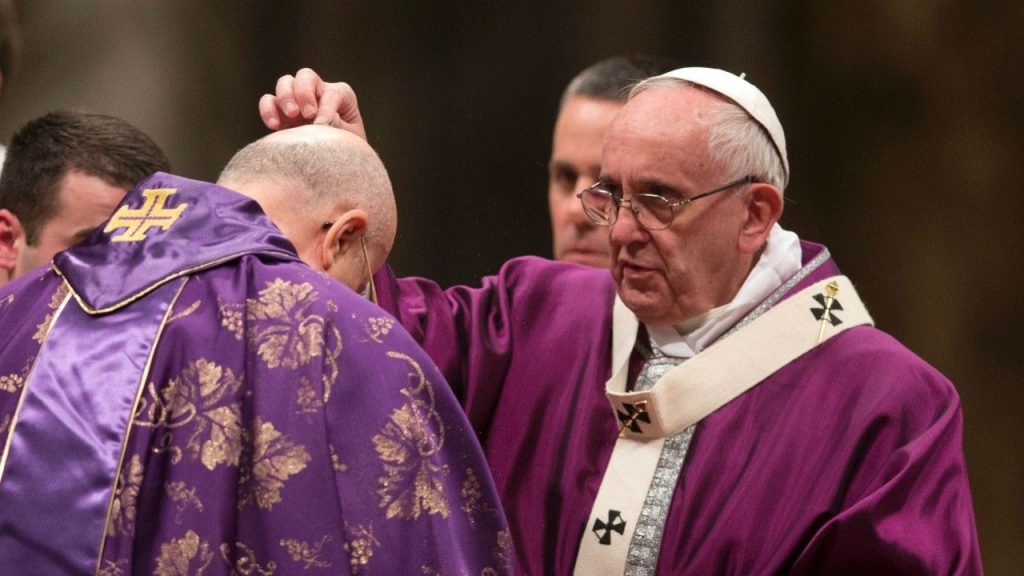 In this period of preparation leading to Easter, and starting from themes tied to the Lenten journey, we offer reflections of Pope Francis. To experience Lent in hope, the Pope writes in his Message for Lent 2021, means “receiving the hope of Christ, who gave His life on the Cross”.

“Lent is a time for believing, for welcoming God into our lives and allowing Him to ‘make his dwelling’ among us”, the Pope writes in his Lenten message for 2021. “In our Lenten journey towards Easter, let us remember the One who ‘humbled Himself and became obedient unto death, even death on a cross’”.

These words from the Pope’s message not only refer to the memorial dimension of remembrance, but also invite us to live, even today, a favorable time to renew faith, hope and charity. All are called to grow “in the realization that, in Jesus Christ, we are witnesses of new times, in which God is ‘making all things new’”.

Throughout his pontificate, Pope Francis has often described the meaning of the journey that leads to Easter. “During the Season of Lent”, he said Sunday 21 February at the Angelus, “the Holy Spirit drives us too, like Jesus, into the desert. It is not…a physical place, but rather an existential dimension in which we can be silent and listen to the word of God”.READ ALSO17/02/2021

Pope at Ash Wednesday Mass: ‘Lent is a journey of return to God’

The core of the Lenten journey

“Lent”, the Pope explained in his homily during the Ash Wednesday Mass celebrated in St. Peter’s Basilica on February 17, “is a journey that involves our whole life, our entire being.

It is a time to reconsider the path we are taking, to find the route that leads us home and to rediscover our profound relationship with God, on whom everything depends. Lent is not just about the little sacrifices we make, but about discerning where our hearts are directed. This is the core of Lent”

“Tuning in” to the Gospel frequencies

Pope at Audience: ‘disconnect from TV, smart phones and connect to the Gospel in Lent’

In his General Audience of 26 February 2020, Pope Francis affirmed, “Lent is a favourable time to make room for the Word of God. It is the time to switch off the television and open the Bible. It is the time to separate from mobile phones and connect to the Gospel”. He explained, “When I was a child there was no television but there was the habit of not listening to the radio.

Pope at Ash Wednesday Mass: ‘focus on what is essential’

Living as Jesus calls us

“We need to free ourselves”, the Pope underscored at the Ash Wednesday Mass celebrated at the Basilica of Santa Sabina on 6 March 2019, “from the clutches of consumerism and the snares of selfishness, from always wanting more, from never being satisfied, and from a heart closed to the needs of the poor.

Jesus on the wood of the cross burns with love, and calls us to a life that is passionate for Him, which is not lost amid the ashes of the world; to a life that burns with charity and is not extinguished in mediocrity. Is it difficult to live as he asks? Yes, it is difficult, but it leads us to our goal. Lent shows us this”.READ ALSO14/02/2018

Pope: Lent is a time to “Pause”, “See” and “Return” to the tenderness of God

“Pause in order to look and contemplate!”

“Pause, in order to look and contemplate”, the Pope said at the Ash Wednesday Mass in the Basilica of Santa Sabina on 14 February 2018. “See and contemplate the real face of Christ crucified out of love for everyone, without exception…Return without fear, to experience the healing and reconciling tenderness of God.”