Living the Truth in Love – Everything Pertains to Love 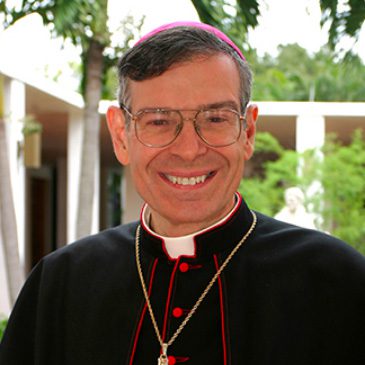 On January 24, we will celebrate the Feast of Saint Francis de Sales. He is a well-known saint and doctor of the Church who, as a bishop, was characterized by his gentleness, humility and practical advice about the spiritual life. Perhaps his deep intelligence and insight were the reasons for his gentleness and kindness, which served him well in his successful approach in dealing with the religious divisions of his time and country, which resulted from the Protestant Reformation.

The title of the apostolic letter are the words of Saint Francis de Sales which mean “Everything Pertains to Love.” They summarize his heart and teaching as well as the great legacy he has left to us. Saint Francis de Sales knew very well the diversity of people. However, he knew well that it is love that unites us and it is the common thread of all of our vocations, since all does indeed pertain to love. In his famous work, the Introduction to the Devout Life, he expressed, “Just as every sort of gem, cast in honey, becomes brighter and more sparkling, each according to its color, so each person becomes more acceptable and fitting in his own vocation when he sets his vocation in the context of devotion. Through devotion your family cares become more peaceful, mutual love between husband and wife becomes more sincere, the service we offer to the prince becomes more faithful, and our work, no matter what it is, becomes more pleasant and agreeable.”

On January 22, immediately before the celebration of the Feast of Saint Francis de Sales, we recall the 50th anniversary of the tragic decision of the U.S. Supreme Court in Roe v. Wade, which permitted the most extreme abortion policy in our world. On June 24, 2022, the Supreme Court overturned the legal error of Roe v. Wade, determining that abortion is not the law of the land, but left that decision again for the states to determine. While we are grateful for the recent decision of the Supreme Court, we realize the era of abortion is not over, as we have seen in political debate and state elections, and we must continue to do all we can to protect the life of the unborn and to assist mothers and fathers in not making a choice for abortion. The legacy of Saint Francis de Sales is a great blessing for the understanding of the reason for the sanctity of life, from the moment of conception, because life pertains to love.

Our Catholic faith is one in the gift of life which comes from love. Our belief in God is contingent upon our belief in His love. God did not create us so that we would be His creatures, but so that we might share His life in love. God would be God for all eternity whether He decided to create or not. But He chose to create us out of His love and to share His life with us. Even when sin entered the world, God did not destroy human life but took that life to Himself in the Incarnation that He might restore us to life in love.

The Gospel of Saint John speaks most eloquently of the gift of life and underscores the reasons we should have infinite respect for it. The Gospel begins by telling us of the eternal existence of the Son of God and that, “What came to be through Him was life, and this life was the light of the human race” (Jn 1:3-4). The goodness of life is seen in the Person of Christ, the Son of God made flesh, who came that we might know and have life to the fullest degree. Jesus tells us, “I came so they might have life and have it more abundantly” (Jn 10:10). The life that God has given to us, and that Jesus came to affirm, is so good that God wants us to have it with Him for all eternity. That is why He sent His Son to us in His love. Saint John tells us, “For God so loved the world that He gave His only Son, so that everyone who believes in Him might not perish but might have eternal life. For God did not send His Son into the world to condemn the world, but that the world might be saved through Him” (Jn 3:16-17). The Gospel of Saint John concludes by emphasizing that belief in God and belief in life are part of the same faith. It says, “These things are written that you may believe that Jesus is the Messiah, the Son of God, and that through this belief you may have life in His name” (Jn 20:31).

Since January 23 has been designated a Day of Prayer for the Legal Protection of Unborn Children, let us join in deep intercession to Saint Francis de Sales, that our society will be more open to understanding that life comes from the love of God, which pertains to everything. Let us continue, like Saint Francis de Sales, to persevere in gentleness, humility and love, in doing all we can to protect the life of the unborn as well as the life of each and every person made in the image and likeness of God.