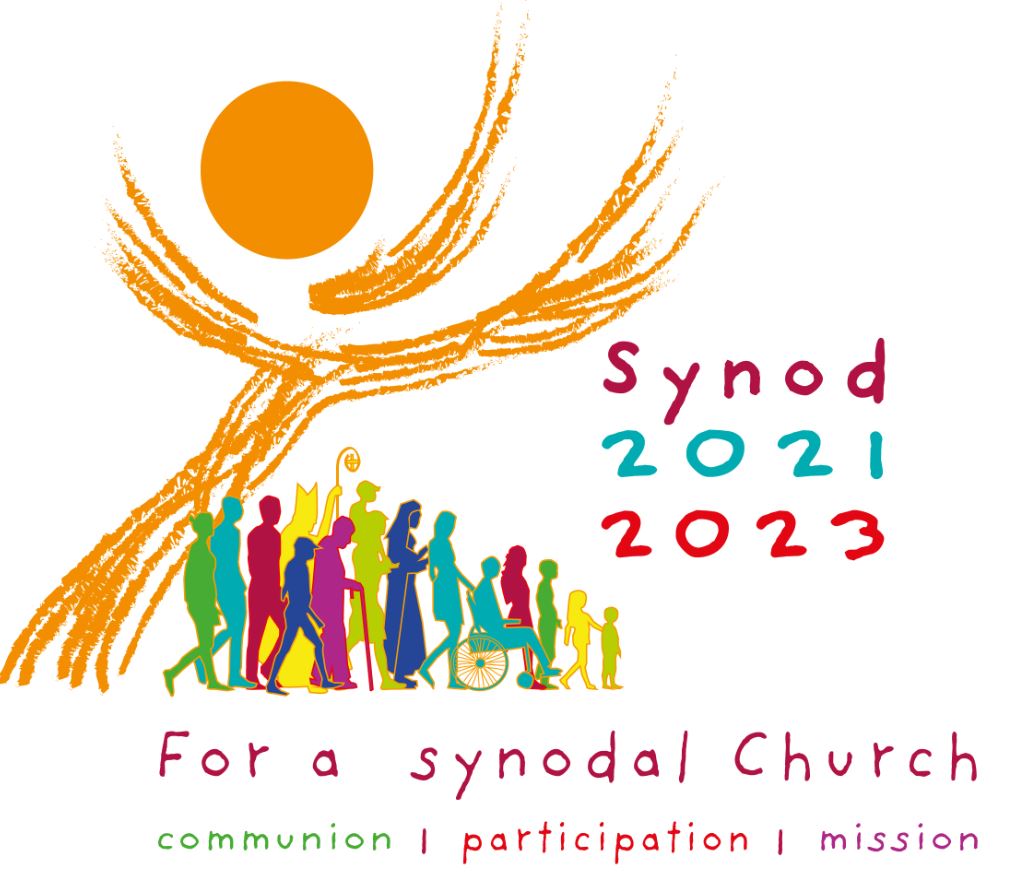 Many have heard of an important event which is shortly to take place within the Church. It is the upcoming Synod on Synodality which will occur at the Vatican in October 2023, through a Synod of Bishops.  This particular Synod will take place in three phases.  The first phase is the local phase from October 2021 through April 2022, and will involve prayer, consultation, and discussion at the diocesan level.  Every diocese throughout the world will participate in this phase.  A report of the discernment which will take place will be given to each Bishops’ Conference which will then initiate a second continental phase of preparation that will take place from September 2022 until March 2023.  Each Bishops’ Conference will prepare its summary report, based on the discernment of the local prayer, consultation, and discussion.  Each report will be given to the Vatican which will commence in October 2023, the XVI Ordinary General Assembly of the Synod of Bishops on the theme of For a Social Church: Communion, Participation, and Mission.  The final deliberation of the bishops and participants at the Synod will be given to Pope Francis who will discern all of the consultations and decree the final results of the Synod.

Pope Francis celebrated the opening Mass for the Diocese of Rome on October 10 and on the following weekend, the bishop of each diocese around the world will celebrate Mass at the Cathedral church.  Our celebration will take place at Saint Ignatius Cathedral on October 16, at 4:30 pm.  This Mass will be one to open the Synod within our Diocese, and to ask for the Holy Spirit’s wisdom and guidance during the process of prayer and discussion that we will undertake as the people of God in the Diocese of Palm Beach.

It is essential to understand, at the very beginning of this significant undertaking within the Church, that the subject of the Synod is precisely how do we participate as the Body of Christ in a spirit of synodality, supporting each other and strengthening each other in our faith as Catholics.  The discussion and discernment that will take place are not meant, in any manner, to  debate the teachings of the Church or any of its established traditions and disciplinary practices.  There can easily be a misconception that the Synod is meant to change who we are as the Church and how we live as the Church.  Pope Francis has been very clear that the purpose of the Synod is to discern the theme of synodality which has existed in the Church from its very beginning as expressed in the Acts of the Apostles.  He stated, “Synodality is not a chapter in an ecclesiology textbook, much less a fad or a slogan or to be bandied about in our meetings.  Synodality is an expression of the Church’s nature, her form, her style, and mission.”  He has stressed how synodality began with the first apostles and continues.  He also expressed that the synod is not a parliament which is to discern a common opinion which will be accepted as the norm of faith or the way of life of the Church.  Pope Francis emphasized that the synod is quite the contrary.  It is the means by which, as members of the Church, we make ourselves available to each other so that we can hear what each person has to say as a possible expression of the Holy Spirit.   The Pope is extremely interested in listening to everyone because it is he, under the inspiration of the Holy Spirit, as the successor of Saint Peter, who makes the final determination in the life of the Church.

Synodality, as a way of life for the Church, is central to the thinking and way of acting of Pope Francis from the very beginning of his pontificate.  He has continually emphasized the necessity to listen to everyone as a member of the Church, as well as the need for no one to hesitate to express him or herself.  We have heard the Pope speak quite frequently on the importance of synodality and that is why he has discerned that a synod centered on this matter is necessary for the life of the Church in general.  I was privileged to be in Rome for the ad limina visit with Pope Francis in February 2020.  The bishops of Florida met with him on the day following the promulgation of his Apostolic Exhortation on the Amazon Synod which had previously taken place.  It was fascinating to hear the Pope speak personally on the importance of synodality and to hear him articulate that it is not a matter of gaining a consensus of opinion but of hearing everyone speak.  He expressed some frustration that many of the things that were essential to the Amazon Synod were not paid attention to by the media which presented a different reason for the Synod.  Pope Francis also made clear that, while he wants to listen to everyone, it is his role to make the ultimate discernment in regard to the deliberations of synods.  His articulation was very helpful for me in understanding his appreciation of what synodality is.

We have already begun the process of undertaking preparation for our participation in the Synod as the Diocese of Palm Beach.  Each diocese is to have a coordinator who will work with a committee in setting the meetings for the synodal consultation and formulating the questions that will be used.  Mrs. Cathy Loh, the Director of our Marriage, Family Life, Faith Formation and Youth Ministry Office, will act as our coordinator in conjunction with her office under my direction.  There will be as wide a consultation as possible in preparing the report to be sent to the Bishops’ Conference in April 2022.  It is envisioned that there will be parish council meetings, general parish meetings, deanery meetings, as well as other meetings in this regard.  Groups may feel free to hold their own gatherings for reflection on the questions to be posed.  These meetings are envisioned not to be a burden to the parish or any group but a facility in ensuring that people can be heard.  It will also be at the discretion of each pastor as to when and how to carry out the parish meetings.  We will also be using our diocesan website in every possible manner as a source for consultation and responding to questions as well as making information on the synod available.  Please check the site frequently.  We want to participate, as fully as possible, in the process of the Synod, not only for the meeting that will take place in Rome in 2023, but also as a source of communion for our own Diocese.

I realize that there are many questions which still need to be explored in regard to the Synod as well as an understandable lack of comprehension as to what the Synod is all about.  As I have stated, Pope Francis sees synodality as essential to the life of the Church and realizes that it is only when the Synod is completed that we will understand more fully what the Holy Spirit is saying to us.  We have received documents from the Vatican in regard to the Synod and, again, more information will be forthcoming as we undertake the process.

At this stage, perhaps the best words I can articulate are those which were spoken by the Pope himself to his Diocese of Rome, but now addressed to the Diocese of Palm Beach: “I came here to encourage you to take this synodal process seriously and to tell you that the Holy Spirit needs you.  Listen to Him by listening to each other.  Leave no one out behind or excluded. … The Church “is not strengthened simply by reforming structures, (that is the great illusion!) or by giving instructions, offering retreats and conferences, by issuing guidelines and programmes. All these things are good, but as part of something else, namely our rediscovery that we are a people meant to walk together, with one another and with all humanity.  A people, that (here in the Diocese of Palm Beach), embraces a wide variety of communities and situations: an extraordinary treasure, in all its complexity!”

The following prayer has been given to us by the Vatican to be used for our deliberations:

“We stand before You, Holy Spirit, as we gather together in Your name.  With You alone to guide us, make Yourself at home in our hearts.  Teach us the way we must go and how we are to pursue it. We are weak and sinful; do not let us promote disorder.  Do not let ignorance lead us down the wrong path nor partiality influence our actions.  Let us find in You our unity so that we may journey together to eternal life and not stray from the way of truth and what is right.  All of this we ask of You, who are at work in every place and time, in the communion of the Father and the Son, forever and ever. Amen.”