May is the Month of Mary 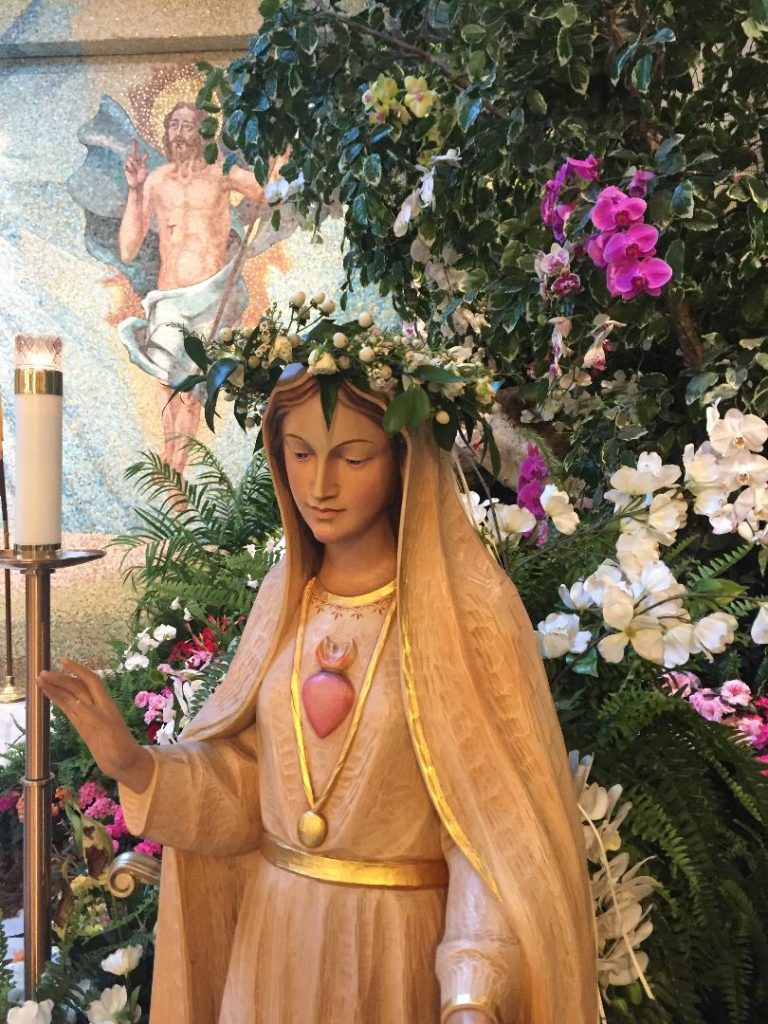 Traditionally, May has been celebrated as the month of “new life.” This has been true even for the ancient Greeks and Romans who each had goddesses that represented the blooming of new life. It is easy to see this because the earth seems to be coming back to life when winter is over and the flowers and trees begin to sprout their beautiful, lively colors again. Mary is also a bearer of new life. She literally brought the Life to the world in bearing her Son, Jesus, whom destroyed our death or “winter” of sin. God, working through Mary, gave us new life.

Similar to the earth bringing forth new life, so does the role of a mother. It is in her divine design that God forms all of us: “Before I formed you in the womb I knew you…” Jeremiah 1:5. So not only does Mary get honored this month, but every mother (Mother’s day) because every single one of them is an ark for new life in this world. It’s a Catholic tradition to honor Mary during the month of May by crowning her statue with flowers. The reason why we crown Mary is best summed up by Pope Paul VI who wrote in 1965 that May is an occasion for a “moving tribute of faith and love which Catholics in every part of the world pay to the Queen of Heaven.” The crown symbol is attributed to Mary because she is the Mother of the Son of God, who is our Heavenly King. In May of 2002 Pope John Paul II said, “Today we begin the month dedicated to Our Lady a favorite of popular devotion. In accord with a long-standing tradition of devotion, parishes and families continue to make the month of May a ‘Marian’ month, celebrating it with many devout liturgical, catechetical and pastoral initiatives!”

What can we do to honor Mary during the month of May ? Simply put just talk with your mother this month. Tell Mary everything that is on your heart and ask her to bring you closer to her Son. She loves each one of us immensely and will do anything to get us to heaven. Show her how much you appreciate her love, care and sacrifice for you. This goes for both your earthly mother who brought you into this world, as well as your heavenly mother who will carry you to the next.

Click to learn why May is for Mary
Click here to read Pope Francis’s May Letter
Welcome to a community of faith, working through love.
You are welcome here!
Translate »