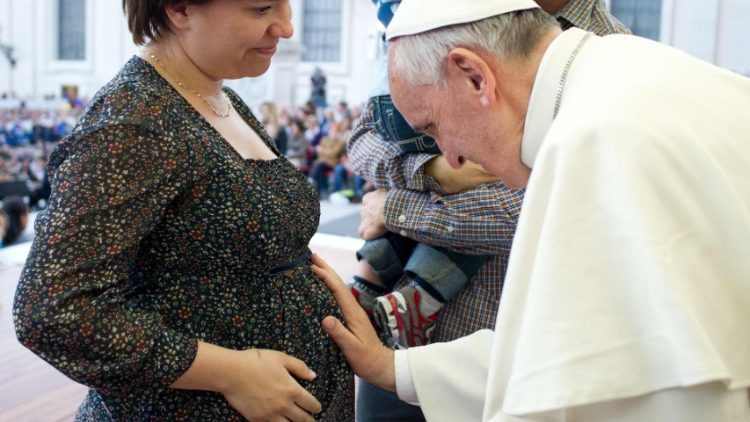 Pope Francis greets all mothers as several countries celebrate Mother’s Day, and prays for victims of an attack in Afghanistan and for social tensions gripping Colombia.

As children young and old around the world celebrate Mother’s Day, Pope Francis sent a special greeting to all mothers.

“We greet all the mothers of the world, even those who have passed away,” said the Pope. “A round of applause for mothers!”

In a separate appeal at the Sunday Regina Coeli address, the Pope also prayed for the victims of a terrorist attack in Afghanistan.

More than 50 people were killed on Saturday in Kabul, most of whom were students leaving a girls’ secondary school.

Pope Francis called it an “inhumane action”, and he urged everyone to pray for the victims and their families.

“And may God grant peace to Afghanistan,” he prayed.

The Pope went on to express his concern for the violent clashes and social tension gripping Colombia.

Dozens of people have died and hundreds have been injured after protests broke out in the Latin American nation on 28 April.

The protests were sparked by a government-proposed tax reform, which have since been withdrawn. The movement now includes calls for better healthcare, education, and pensions.

Pope Francis lamented the deaths, and asked everyone to pray for Colombia.

Finally, the Pope greeted all those who suffer from fibromyalgia, a disorder that causes extreme pain and loss of sleep and memory, as well as mood issues.

“I express my closeness,” said Pope Francis, “and I hope that more attention gets paid to this disease which is often overlooked.”

Wednesday, 12 May, will be marked as the International Fibromyalgia Awareness Day.