Pope: Blessed Devasahayam Pillai, six others to be named saints 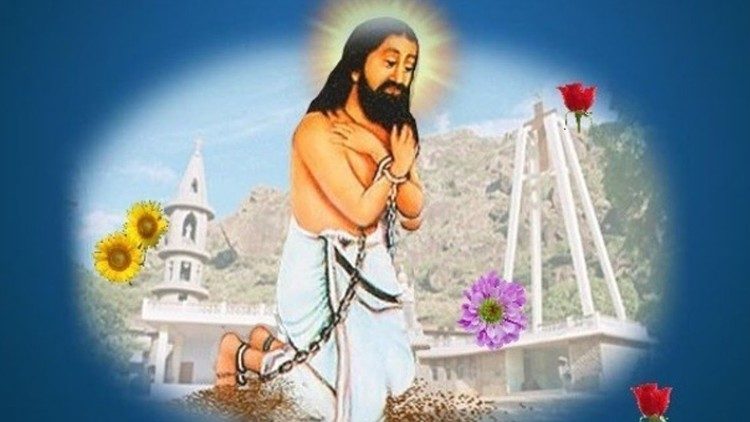 At a Consistory on Monday, Pope Francis confirms the vote of the Cardinals to proceed with the canonization of seven Blesseds, with the date of the forthcoming canonizations to be announced in due course.

Pope Francis presided at an Ordinary Public Consistory for the Canonization of Blesseds on Monday morning, in the Consistory Hall of the Apostolic Palace in the Vatican.

During a Consistory, the Cardinals “assist the Supreme Pastor of the Church through collegial action” by offering their counsel on matters of particular importance to the whole Church.

At Monday’s Consistory, Pope Francis confirmed the vote of the Cardinals to proceed with the canonization of seven Blesseds, who will be raised to the altars in the coming weeks and months, according to a schedule to be set at a later time. Once canonized, the holy men and women will be recognised as Saints throughout the universal Church.

One martyr is numbered among the Blesseds who will are set to be canonized.

Blessed Lazarus, known as Devasahayam, was a Brahmin of the Nair caste in India. Converted to Catholicism by a Jesuit priest in 1745, Devasahayam Pillai took the name Lazarus when he became a Christian.

In his preaching, he particularly insisted on the equality of all peoples, despite caste differences. This aroused the hatred of the higher classes, and he was arrested in 1749. After enduring increasing hardships, he received the crown of martyrdom when he was shot on 14 January 1752.

Blessed Lazarus is the first lay person from India to be canonized.

Originally a fallen-away Catholic, he embraced the Faith at the age of 28. Blessed Charles found his vocation during a pilgrimage to the Holy Land.

He was ordained at the age of 43, after which he returned to the desert in Algeria, where he lived a life of meditation, prayer and study.

He was killed on 1 December 1916 by a band of marauders. Blessed Charles de Foucauld inspired a “spiritual family” which follows his way of life.