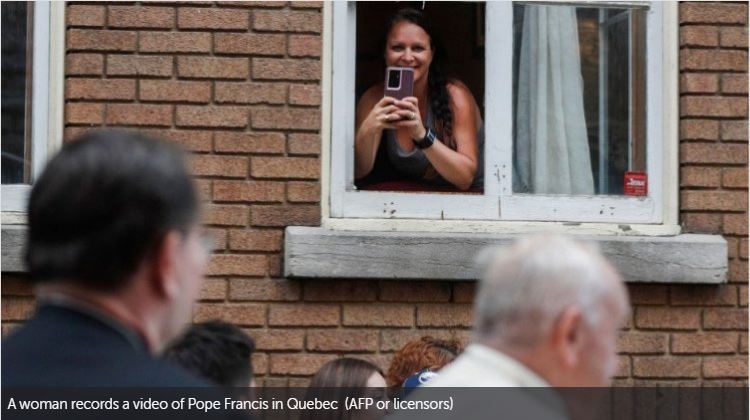 Pope Francis sends a video message to participants in a conference in Mexico, and urges “digital evangelizers” to reach out to people in digital spaces who have not yet encountered Christ.

Pope Francis offered that consideration in a video message sent on Saturday to young people taking part in the “Hechos 29”, or “Acts 29” event.

The international conference took place on 5-6 August in Monterrey, Mexico, and brought together “digital evangelizers”—Christians seeking to evangelize online and on social media—to encourage them to be active members of the Church in the digital space.

In his brief video message, the Pope sent his heartfelt greetings for participants in what he called an “important initiative”.

“May this meeting help you to feel you are a community, as a part of the missionary life of the Church, which has never been afraid to go towards new horizons and frontiers and, with creativity and courage, announce the mercy and tenderness of God.”

Pope Francis also recalled the encouragement he offered to Catholics during his recent Apostolic Journey to Canada.

“We must find new ways to proclaim the heart of the Gospel to those who have not yet encountered Christ,” he repeated. “This calls for a pastoral creativity capable of reaching people where they are living—not waiting for them to come—find opportunities for listening, dialogue and encounter.”

Pope Francis encouraged young Catholics not to be afraid to make mistakes as they seek to evangelize online.

The Pope expressed his hope that digital missionaries might make the internet and social media places that are “full of humanity”, as they act as Good Samaritans toward others.

By treating others well online, he said, contemporary culture may come to “know God by feeling Him in you.

“Go and take the hope of Jesus, especially to those who are most distant, giving them reasons for the hope that is in them,” he said.

The Pope concluded his video message with a word of encouragement for all digital evangelizers.

“May words be accompanied by charity,” said Pope Francis, “and may virtuality strengthen presence, so that the web may generate communion that makes Jesus present in its own culture.”