Pope Francis recalls love for Eucharistic adoration from his youth 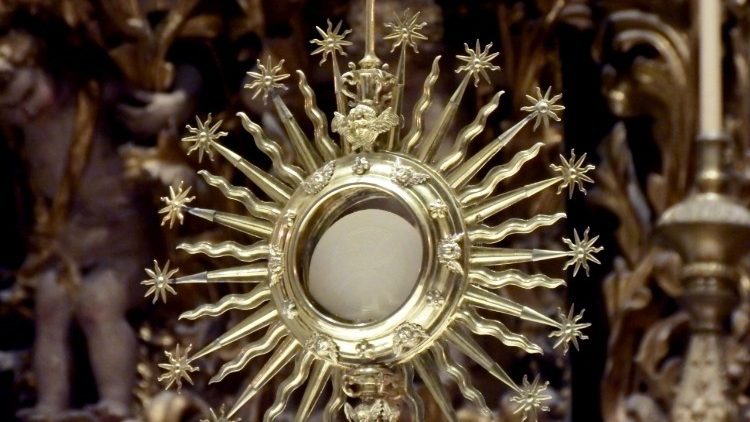 Pope Francis sends a handwritten note to Alpha and Omega Catholic weekly in reply to a record from his youth containing his name as one of the faithful nocturnal adorers who prayed at the Basilica of the Blessed Sacrament in his home country, Argentina.

Pope Francis has sent a letter to Spanish Catholic weekly Alpha and Omega after receiving a photo of a record from the 1950’s with his name and a number.

The record indicated that as a young man, Pope Francis was one of the many faithful who made regular visits to the Basilica of the Blessed Sacrament in Buenos Aires, Argentina, to pray at night, alongside his brother Óscar.

Love for Eucharistic adoration from youth

“I was moved by the photocopy of the book on nocturnal adoration of the Basilica of the Blessed Sacrament,” said Pope Francis in his handwritten note to the Spanish weekly.

From his home in the Flores neighborhood in the outskirts of Buenos Aires, Pope Francis as a youth, would often go by bus to the Basilica, alongside his brother, in 1954 and 1955.

It was there that he heard the phrase “Venite adoremus” (Come let us adore), which the Pope says he remembers “with emotion” in his note to the Spanish newspaper. As the nocturnal adoration was done in turns, the person from the previous shift would wake up the next person with the words “Venite adoremus” to remind them to go for the hour of adoration.

Pope Francis also explained in the letter that since at that time there was no evening Mass, many people who had been at parties during the day came to the Basilica on Saturday nights.

Influenced by the example of a merciful priest

“The adoration began around nine o’clock at night after the preaching of Father Aristi,” explained the Pope in his letter.

At that time, the young Jorge Bergoglio was already living a Christian life, or as he describes it in his letter, he “already had the experience of St. Joseph of Flores” – the parish the Pope attended as a youth.

Pope Francis, in a meeting with priests in Rome in March 2014 explained that Fr. Aristi was his confessor and a good example of a merciful priest. Sacramentine priest Fr. José Ramón Aristi served as a Provincial in his order and as a professor. He was also a well-known confessor with long queues of people waiting for him at the Basilica of the Blessed Sacrament.

Pope Francis further told the priests that whenever an uncharitable though against crosses his mind, he touches a little cloth bag that he carries which contains the cross once attached to the Rosary with which Fr. Aristi was buried. “And I feel the grace! I feel its benefit,” the Pope said. “What good the example of a merciful priest does, [the example] of a priest who draws close to wounds.”