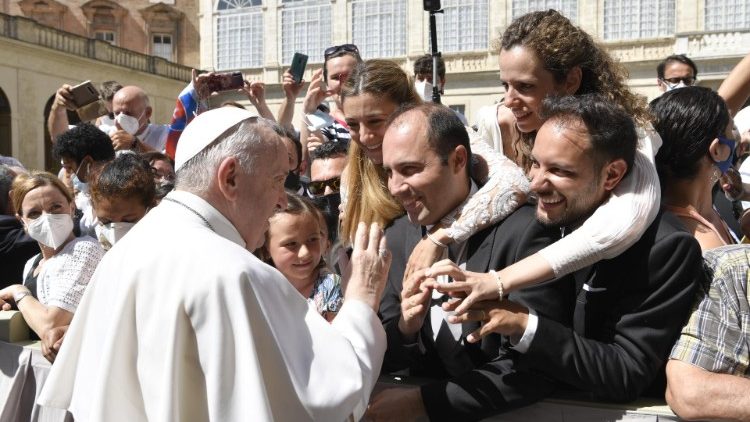 Pope Francis’ General Audiences will resume this week on August 4. As is customary, the regular Wednesday meetings were suspended throughout the month of July to allow for a period of rest.

This year, the break also coincided with the convalescence of Francis, who on July 4 underwent colon surgery at the Gemelli Hospital. During that time, most papal activities were suspended, with the exception of the Sunday Angelus, one of which was held from a balcony of the Roman hospital. Wednesday’s General Audience, which will take place in the Paul VI Hall, will mark the resumption of a normal schedule, exactly one month after his operation.

Catechesis on the Letter to the Galatians

At the most recent General Audience, held in the courtyard of San Damaso on June 30, Pope Francis continued the cycle of catechesis, begun a week earlier, on St Paul’s Letter to the Galatians. In particular, the Pope reflected on the “plan of salvation” prepared by the Lord for every person. God’s grace, he said, “changes hearts, changes lives, and makes us see new paths.”