Pope Francis warns cardinals against the temptation to ‘manage things’ 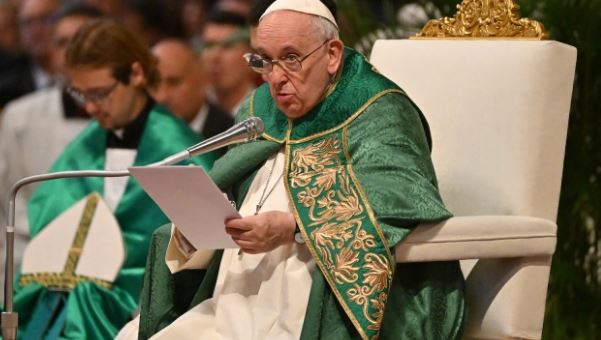 At the end of a two-day meeting of cardinals from around the world, Pope Francis called on members of the College of Cardinals to cultivate “astonishment” and “wonder.”

At the end of a two-day meeting of cardinals from around the world, Pope Francis called on members of the College of Cardinals to cultivate “astonishment” and “wonder,” during a consistorial Mass he celebrated in St. Peter’s Basilica Aug. 30, 2022. During his homily, the pope asked the prelates with the red biretta not to get caught up in the worldliness of their rank.

In front of the 200 or so cardinals present, including some 20 he just created in a consistory on August 27, the pope warned against the temptation to feel like they can “manage things”, that they are “most eminent.” He pinpointed “the false security” of thinking “that today is somehow different, no longer like the origins; today the Church is big, solid, and we occupy eminent positions in its hierarchy.” And the pontiff slipped in: “Indeed they address us as ‘Your Eminence.’”

At the end of two days of summit meetings, where the cardinals worked on the new constitution of the Roman Curia, the head of the Catholic Church spoke of “there is also much deception, whereby the Father of Lies always seeks to make Christ’s followers first worldly, then innocuous.” He then castigated “the dunce, the worm” of worldliness insinuating itself in the highest prelates of the Church. The call of the Christian is subject “to the temptation of worldliness,” he added.

The 85-year-old pontiff then enjoined his closest advisors to cultivate “astonishment” and “the wonder of being in the Church, of being Church.” On several occasions, he challenged the faithful on their capacity to be astonished again at God’s plan. And he affirmed: “This wonder does not diminish with the passing of the years; it does not weaken with our increasing responsibilities in the Church. No, thanks be to God. It grows stronger and deeper.”

Finally, he left the Cardinals with the definition of a true “minister of the Church”: “One who experiences wonder before God’s plan and, in that spirit, passionately loves the Church and stands at the service of her mission wherever and however the Holy Spirit may choose.”

The Mass closed the four-day sequence that began with the August 27 consistory. Since 2013, the only comparable meeting of all cardinals had been convened by Pope Francis in 2015, seven years ago.