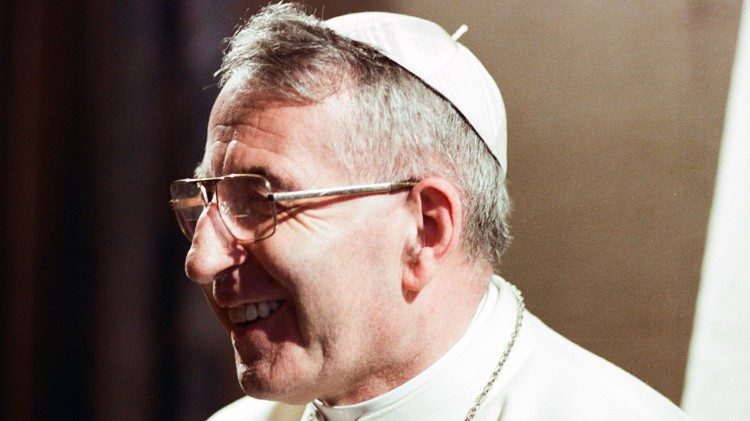 Pope Francis is set to beatify his predecessor, John Paul I, on Sunday, 4 September, at Mass in St. Peter’s Square.

The Holy See Press Office announced plans on Monday for the beatification of Pope John Paul I, who was born as Albino Luciani in the northern Italian town of Forno di Canale (now Canale d’Agordo) on 17 October 1912.

Pope Francis will preside over the beatification Mass in St. Peter’s Square on Sunday, 4 September 2022.

Bishop Renato Marangoni will read the Rite of Beatification at the Mass, together with the Cardinal Beniamino Stella, postulator for the Cause of Canonization, and Dr. Stefania Falasca, the Deputy Postulator.

“During the beatification, the team of postulators will gift the Holy Father with a reliquary containing the relics of the new Blessed,” according to a statement from the Press Office.

Tickets for the Mass can be requested from the Prefecture of the Papal Household.

John Paul I addresses the crowds in St. Peter’s Square

Ahead of the beatification, Cardinal Angelo De Donatis will preside over a prayer vigil in the Basilica of St. John Lateran on the evening of Saturday, 3 September.

The Pope’s Vicar General for the Diocese of Rome will celebrate the vigil in the Basilica which houses the Chair of the Bishop of Rome, of which John Paul I took possession on 23 September 1978.

Following the beatification, Mass will be celebrated on 11 September in the hometown of the new Blessed, which lies in the territory of the Diocese of Belluno-Feltre.

Pope John Paul I’s was the shortest papacy in modern history, reigning over the See of Peter for on 33 days.

He was first Pope to choose a double name, saying he did so in honor of his two predecessors: John XXIII and Paul VI.

He was also the last in the long line of Italian-born Popes which began with Clement VII in 1523.

His successors—John Paul II, Benedict XVI, and Francis—have all praised the man known as “The Smiling Pope”.