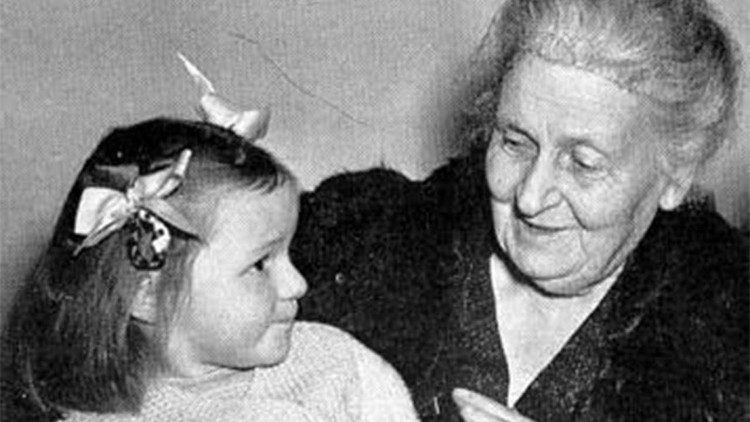 In a message sent to the International Conference of the “Opera Nazionale Maria Montessori”, Pope Francis urges people to look to her example “to form people in solidarity, citizens of the world open to dialogue and to acceptance.”

The history of education inevitably recalls the story of Maria Montessori, born 150 years ago, on 31 August 1870, in Chiaravalle in the province of Ancona, Italy. She was the first woman to graduate in medicine in Italy, and the creator of an educational method that is still adopted today in many schools around the world.

In a message signed by Vatican Secretary of State Cardinal Pietro Parolin, Pope Francis praised “this distinguished educator, among the most eminent figures of twentieth century culture, who left a profound mark on the field of education and on society as a whole”.

An example for the new generations

The Pope sent his message to Professor Benedetto Scoppola, president of the Italian association dedicated to Montessori, “Opera Nazionale Montessori”, on the occasion of the International Congress this weekend in Rome marking the 150th anniversary of her birth. In his message, the Pope recalled Maria Montessori’s “commitment to building a more fraternal and peaceful world” and hoped that this special occasion “may promote generous dedication to the new generations” to do the same. He assured all the participants of his prayers and invoked the Lord’s blessing on all the conference organizers and participants.

Conference participants include Italian and international experts presenting on the historical, academic, pedagogical, philosophical, and social aspects of the thought and work of Maria Montessori. The “Project of Significant National Interest (PRIN 2017)” will be presented, which focuses on “Maria Montessori from the past to the present: Reception and implementation of her educational method in Italy on the 150th anniversary of her birth.”