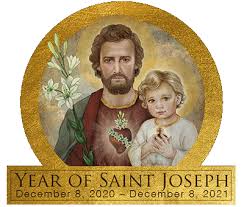 Pope Francis Thursday received the student priests of Rome’s Belgian Pontifical College and reflected on the fatherhood of St. Joseph that a genuine pastor can emulate in caring for the flock entrusted to his care.

Pope Francis is urging priests to learn the art of fatherhood from St. Joseph by being a shepherd who only seeks the good of the flock entrusted to them.  He made the exhortation on Thursday to a delegation from the Belgian Pontifical College, a hostel for priests from Belgium who study in Rome.  Receiving them on the occasion of the 175th anniversary of the College, he recalled that Saint Pope John II had been a boarder there as a student priest, 1946 to1948

Speaking to the priests on the eve of the feast of St. Joseph, in the Year dedicated to him, who is also the patron of the College, the Holy Father reflected on the Guardian of the Redeemer as a role model for pastors.  “It will do you good to place yourselves and your vocations under his mantle and to learn from him the art of fatherhood, which you will soon be called to exercise in communities and in the areas and ministerial services that will be entrusted to you,” the Pope told the group.

“In the first place”, the Pope said, “Saint Joseph is a welcoming father” who set aside his legitimate personal plans and loved and welcomed Mary and Jesus with faith, in a vision of a family life quite different from what he might have wished for.  In this regard, he is a master of spiritual life and discernment, who welcomes what happens in life.  Instead of imposing his ideas and personal plans, a priest who arrives in a new parish must first love the community freely. “And slowly by loving it he will come to know it in depth and be able to help set it on new paths.”

The Pope said St. Joseph lived his vocation and mission of a guardian father with discretion, humility, in silence and in total fidelity to God’s plans.  He thus became the good and faithful servant who only desired the good and happiness of the people entrusted to him. This guardianship of Joseph, the Pope explained, is carried out with discretion and with persevering generosity, knowing when to withdraw and when to become close, but always maintaining a vigilant, attentive and prayerful heart.

As a shepherd, the Pope said, a priest always stays with his flock, sometimes in front to open the way, at times in the middle to encourage, or behind to gather the last ones.  Without being rigid, an attentive guardian, he said, is ready to change as situations require, always understanding the needs of his flock and avoiding the opposite temptations of domination and carelessness.

St. Joseph is also a father who dreams, but not like one with his head in the clouds, detached from reality.  With a prophetic gaze, Joseph knows how to look beyond what he sees and recognize the plan of God.  By guarding the fragility of the Child Jesus and His mother, Pope Francis said St. Joseph became an instrument for the realization of God’s plan, in his silent, generous and tireless hiddenness.