Pope to Bishops: Consecration of Russia and Ukraine ‘to implore peace’ 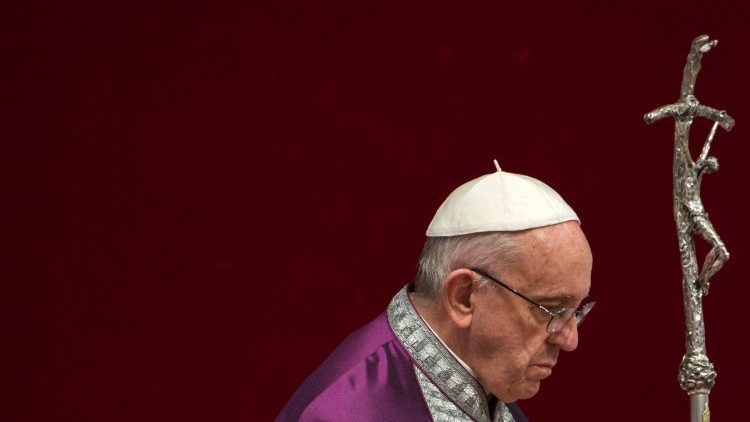 Pope Francis sends a letter to all Catholic Bishops ahead of the Consecration of Russia and Ukraine to the Immaculate Heart of Mary, calling it a “gesture of the universal Church” to invoke an end to the violence and suffering of innocent people.

The Pope is formally inviting every Catholic Bishop around the world to join him on Friday, 25 March, to pray a “solemn Act of Consecration of humanity, and Russia and Ukraine in particular, to the Immaculate Heart of Mary.”

Pope Francis made the appeal in a letter sent on Wednesday to all Bishops.

In his letter, the Pope lamented the “immense suffering” the war in Ukraine is inflicting upon its “sorely tried people” and which is “threatening world peace.”

“At this dark hour, the Church is urgently called to intercede before the Prince of Peace and to demonstrate her closeness to those directly affected by the conflict.”

The Pope expressed his gratitude to the many Catholics who have responded “with great generosity to my appeals for prayer, fasting, and charity.”

He said his decision to perform the Act of Consecration for the nations at war came partly in response to the “numerous requests by the People of God.”

“On 25 March, the Solemnity of the Annunciation, I intend to carry out a solemn Act of Consecration of humanity, and Russia and Ukraine in particular, to the Immaculate Heart of Mary.”

He said the choice to perform the Act at Friday’s Lenten penitential service is particularly fitting, since it allows us to “invoke peace with hearts renewed by God’s forgiveness.”

The Act of Consecration will take place about 6:30 PM Rome time, and the Pope will lead the prayer in St. Peter’s Basilica.

The entire Celebration of Penance will be broadcast across Vatican News’ channels—radio, YouTube, website, and Facebook—and accompanied by English-language commentary.

Pope Francis went on to lay out the meaning behind the consecration of Russia and Ukraine.

“This Act of Consecration is meant to be a gesture of the universal Church, which in this dramatic moment lifts up to God, through His Mother and ours, the cry of pain of all those who suffer and implore an end to the violence, and to entrust the future of our human family to the Queen of Peace.”

The Pope then invited all Bishops, priests, religious, and Catholic faithful to “assemble in their places of prayer on 25 March, so that God’s Holy People may raise a heartfelt and choral plea to Mary our Mother.”

He also attached the text of the Act of Consecration so that everyone might “recite it throughout that day, in fraternal union.”

Cooperation of all Catholics

Pope Francis wrapped up his letter to the world’s Bishops thanking everyone for their attention and “ready cooperation.”

And he blessed the Bishops and the faithful entrusted to their care. “May Jesus protect you and the Holy Virgin watch over you,” he prayed.