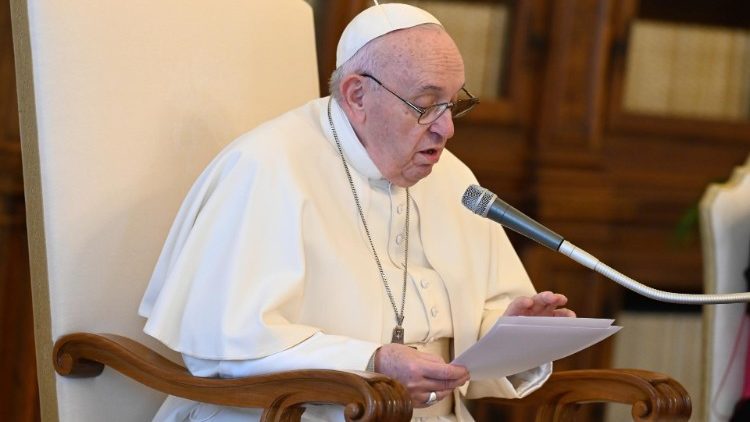 Pope Francis sends a video-message to participants in the 16th edition of the GLOBSEC Bratislava Forum where political leaders and ministers are focusing on rebuilding the post-pandemic world.

The theme of the 2021 GLOBSEC Bratislava Forum is “Rebuild the World Back Better”. As Pope Francis notes at the start of his video-message to the gathering, it offers a platform for “the important debate on rebuilding our world after the experience of the pandemic, which forces us to confront a number of serious and all interrelated socio-economic, ecological and political issues.”

GLOBSEC, that takes place between 15 and 17 June, aims to provide a space and the possibility of setting foundations for the renewal and rebuilding of trust in democracy and institutions, economic growth and recovery, tech governance and security for the 21st century and resilience in health.

In his intervention, the Pope offers some insights, “taking inspiration from the trinomial method of seeing – judging – acting.”

In order to give life to a serious and honest analysis of the past, that includes the recognition “of systemic failures, mistakes made and lack of responsibility towards the Creator, the neighbor and the creation,” the Pope invites policymakers to develop an idea of recovery that aims to “rebuild”, but also to “correct what was not working even before the advent of the Coronavirus and that contributed to aggravate the crisis.”

Calling for accountability, the Pope warns against what he calls “an illusory sense of security based on the hunger for profit” and reveals what he “sees”:

“I see a model of economic and social life, characterized by so many inequalities and selfishness, in which a tiny minority of the world’s population owns the majority of goods, often not hesitating to exploit people and resources.”

“I see a lifestyle that does not take enough care of the environment. We have become accustomed to consuming and destroying without restraint what belongs to everyone and should be cared for with respect, creating an “ecological debt” to be borne first and foremost by the poor and future generations.”

The second step, the Pope continues, is to evaluate what we have seen and acknowledge that the crisis has opened up new possibilities and provides the challenge “to transform the time of trial into a time of choice.”

So, inviting his audience to improve on what we have seen and experienced, he invites it to take steps forward remembering that “no one saves themselves” and that “the crisis opens the way to a future that recognizes the true equality of every human being: not an abstract equality, but a concrete one that offers people and peoples real and fair opportunities for development.

Finally, the Pope notes that “Those who do not act waste the opportunities offered by the crisis.” Quoting from his message to the UNESCO director earlier this year, he calls for a model of development that places “every man and the whole man” at the center “as the fundamental pillar to be respected and protected, adopting a methodology that includes the ethics of solidarity and ‘political charity.'”

And highlighting the fact that every action needs a vision and that to act for a just development a work of conversion is needed, he says decision must be taken that convert death into life, weapons into food.”

All of us, he concludes need to undertake an ecological conversion as “the overall vision includes the perspective of creation as a “common home” and urgently calls for action to protect it.”

Participating, either in person or virtually at the Bratislava Forum, are Presidents, Prime Ministers, Ministers and Deputy Ministers from some 100 different countries.