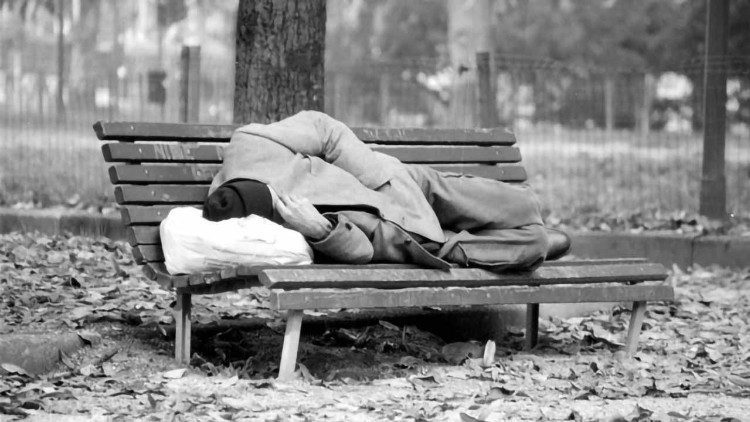 Pope Francis sends a video message to volunteers of two charities of the Diocese of Mar del Plata in Argentina who search out the poor and needy in the street to bring them comfort and care.

Pope Francis has thanked volunteers of two charity services in his native Argentina, who go out in search of the poor and suffering people in the street, bringing them comfort and care. “I want to greet in a special way the servants of the Noche de Caridad [Night of Charity] and Hogar de Nazareth [Home of Nazareth] for their attention to the homeless people.  Thank you very much for what you do,” says Pope Francis in Spanish, in a brief video message to the two groups.

June to August are the winter months in Argentina, which is in the southern hemisphere.  In Mar del Plata which is some 415km south of the Argentinian capital Buenos Aires, the Pope’s native city, day temperatures are mild but nights are cold.

The Night of Charity is a charity service provided by a group of people from different parishes in the Argentinian Diocese of Mar del Plata on the Atlantic coast. They bring hot meals to people living on the streets, as well as a message of love and hope so that they feel loved despite their difficult situation. Volunteers help out with their vehicles to transport food and deliver goods, such as warm clothes, blankets and stockings to the needy.

The Home of Nazareth, which functions under Caritas Mar del Plata, is dedicated to providing nighttime shelter to homeless people.   The Home of Nazareth centre in Balcarce, about 51km west of Mar del Plata, provides snacks, dinner and breakfast, a hot shower, hygiene items and clean clothes and above all a safe and warm place to sleep in a clean, indoor bed.  Some 50 men and 10 women are housed there.

Volunteers come to help out each day of the year.  Besides providing food and shelter, the Home of Nazareth also helps the poor with procedures for personal documentation and access to rights, such as pensions, allowances, facilitating job-training courses and preparation of curriculum vitae (CV), tracing back and reintegrating them with their families, and health care. A professional social worker, a psychologist and a psychiatrist also provide free service to the centre.

In his video message, Pope Francis refers to Bishop Gabriel Antonio Mestre of Mar del Plata who informed him that they have “rented 2 hotels to have more space for everyone in the harsh and wet winter of the coast of Mar del Plata”.

Poor, the centre of Gospel

The Pope encourages the Catholics of the diocese for their charity initiatives.   “Thanks to all, lay people, pastors, benefactors of the Church and all sectors, for attending to Christ in the face of the poorest and most marginalized brothers and sisters,” the Pope says.  “Christ is there. The centre of the Gospel is the poor,” he stresses, reiterating his gratitude for what they do.