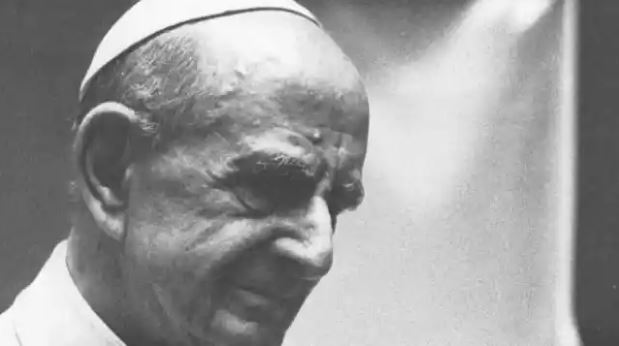 Also in today’s headlines: Rupnik timeline • And Christmas in Pakistan and Bethlehem.

Every day, Aleteia offers a selection of articles written by the international press about the Church and the major issues that concern Catholics around the world. The opinions and views expressed in these articles are not those of the editors.

Tuesday 20 December 2022
~
1. Pope Francis’ letter of resignation and the precedent of Paul VI
2. Father Rupnik case: A timeline
3. Celebrating Christmas under the shadow of terrorism in Pakistan
4. Who is the newly proclaimed Venerable Matteo Ricci?
5. Bethlehem without Christians: “Those who could, emigrated”
~

1POPE FRANCIS’ LETTER OF RESIGNATION AND THE PRECEDENT OF PAUL VI

Vatican News Editorial Director, Andrea Tornielli, sheds some historical light on the revelations made by Pope Francis to Spanish media outlet ABC. The Pontiff confessed that he has signed a letter of resignation in case he suffers a disabling illness or serious impediment, and had signed it as early as 2013. Although this announcement is surprising, it is not unprecedented, since Paul VI also took this precaution. This was revealed by Pope Francis’ close friend, Archbishop Leonardo Sapienza, Regent of the Papal Household, in a book published in 2018. Titled “La barca di Paolo” (‘Paul’s Boat’), this book published the contents of this renunciation letter for the first time. Paul VI wrote: “”in the case of infirmity, which is presumed incurable, or of long duration … or in the case of any other serious and prolonged impediment,” he would resign from the office of Pope. In fact Pope Montini even wrote two other similar letters, also at the beginning of his pontificate in 1965, while the Second Vatican Council was still in progress. One was addressed to the Secretary of State – same as Francis – the other to the Dean of the College of Cardinals. In the preface to Archbishop Sapienza’s book, Pope Francis praised the gesture of his predecessor, considering that “a pope prevented by serious illness would not be able to exercise his apostolic ministry effectively enough.” In his interview, Pope Francis also evoked Pius XII. Tornielli said he could be alluding to a similar initiative by Pius XII, who envisioned a possible resignation in case he was kidnapped by the Nazis during the war.

As revelations keep emerging on the sexual and spiritual abuses allegedly committed by Father Marko Ivan Rupnik, a famous artist, the American National Catholic Register gives a timeline of the the developments of this case. Certain Italian blogs were the first to publish articles a couple of weeks ago revealing the abuses apparently committed by the Slovenian Jesuit in the 1990s. The Society of Jesus then confirmed that an investigation had been carried out, but that the Dicastery for the Doctrine of the Faith had closed the case because it was outside of its canonical statute of limitations. On Dec. 14, Jesuit superior Father Arturo Sosa said Father Rupnik was excommunicated in 2019 for sacramentally absolving a woman with whom he had a sexual relationship in 2015. However he subsequently repented of this sin, thus lifting the excommunication. The American newspaper shows, however, that the case concerns other issues. Other abuses were allegedly committed in the Loyola Community, a mixed Jesuit community co-founded by Father Rupnik in Slovenia in the 1980s. The victims were all female members of the community and the priest was also accused of abuse of power. After disagreements with the other co-founder, Father Rupnik seceded and moved to Rome where he founded the Aletti Center in 1993. There he gained a great reputation as an artist and even renovated a chapel in the Apostolic Palace. It was only in 2018 that a first investigation was opened by the Jesuits. A trial was conducted and Father Rupnik was found guilty. Restrictions were imposed on him: No contact with women, and no spiritual direction. Strangely, in March 2020, the Pope asked Father Rupnik to preach the Lenten homilies. In 2021, a second investigation was opened in Rome, still ongoing, and then another by the Jesuits, about other abuses committed by Father Rupnik: 9 women in all accused him. However in 2022, the Dicastery for the Doctrine of the Faith declined the case due to the statute of limitations.

3. Celebrating Christmas under the shadow of terrorism in Pakistan

Celebrating the birth of baby Jesus is one liberty we enjoy amid limited religious freedoms, a Pakistan Caritas official says.

4. Who is the newly proclaimed venerable Matteo Ricci?

It was long-awaited and it was finally done this Saturday, December 17: Pope Francis has authorized the decree recognizing the “heroic virtue” of the famous Jesuit Matteo Ricci. He is now included in the list of “venerables” recognized by the Church.

5. Bethlehem without Christians: “Those who could, emigrated”

Despite heavy emigration, the work of the Holy Family Catholic Hospital continues to sow seeds of concord in spite of difficult times.