St. Martha’s feast day will now include Mary and Lazarus, after change from Pope Francis 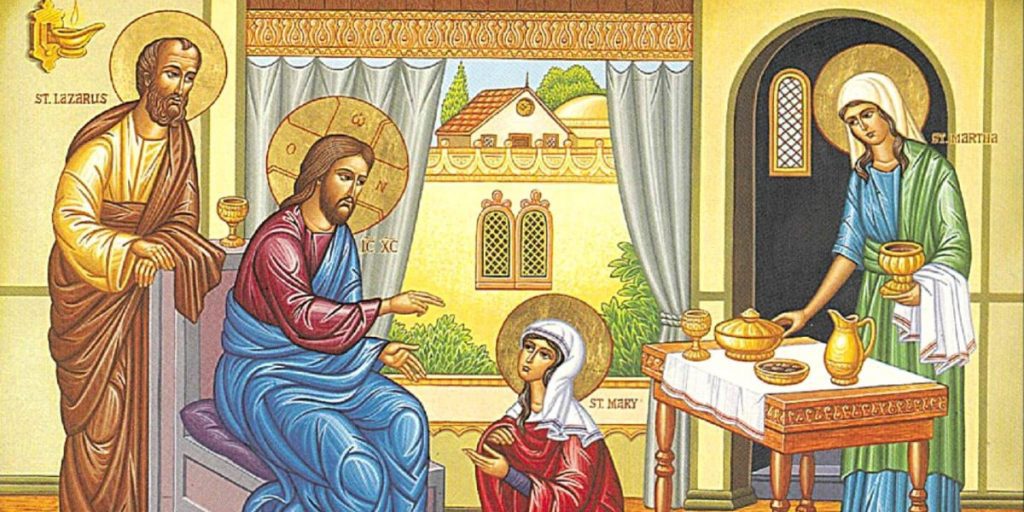 VATICAN CITY (CNS) — Recognizing their welcome of and witness to Christ, Pope Francis has approved changing the liturgical feast of St. Martha to include her sister and brother, Mary and Lazarus, on the church’s universal calendar of feast days.

The names of Mary and Lazarus will be added to the July 29 feast on the General Roman Calendar, the universal schedule of holy days and feast days for the Latin rite of the Catholic Church.

The Vatican Feb. 2 published the Congregation for Divine Worship and the Sacraments’ decree ordering the change in calendars.Pope Francis has approved changing the liturgical feast of St. Martha to include her sister and brother, Mary and Lazarus.

Signed by Cardinal Robert Sarah, the congregation’s prefect, the decree said Pope Francis approved the memorial for Martha, Mary and Lazarus after “considering the important evangelical witness they offered in welcoming the Lord Jesus into their home, in listening to him attentively, (and) in believing that he is the resurrection and the life.”

“In the household of Bethany, the Lord Jesus experienced the family spirit and friendship of Martha, Mary and Lazarus, and for this reason the Gospel of John states that he loved them,” it said. “Martha generously offered him hospitality, Mary listened attentively to his words and Lazarus promptly emerged from the tomb at the command of the one who humiliated death.”

The decree explained that the “traditional uncertainty of the Latin church” regarding the identity of three women named Mary in the Gospels — Mary Magdalene, Mary the sister of Martha and Lazarus, and Mary “the sinner whose sins the Lord had forgiven” — was resolved “in recent studies and times,” thus paving the way for celebrating the siblings in one memorial.“Martha generously offered him hospitality, Mary listened attentively to his words and Lazarus promptly emerged from the tomb at the command of the one who humiliated death.

The saints, who hail from both the Eastern and Western church traditions, were declared doctors of the church for their important contributions to theology and spirituality.

In its decree, the congregation explained that those given the title of “doctor of the church” exemplify the “link between holiness and understanding things divine and also human.

“Indeed, the wisdom that characterizes these men and women is not solely theirs, since by becoming disciples of divine wisdom, they have themselves become teachers of wisdom for the entire ecclesial community,” it said. “It is in this light that the holy ‘doctors’ are inscribed in the General Roman Calendar.”

There are currently 36 doctors of the church, including Sts. John Chrysostom, Augustine, Catherine of Siena and Therese of Lisieux.