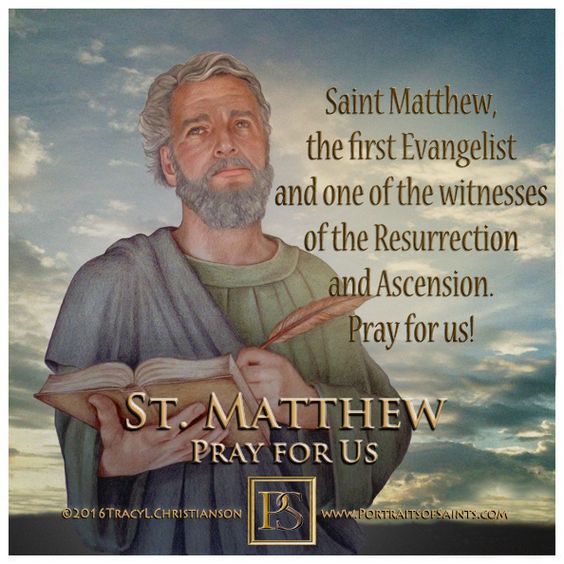 Lake Tiberias sparkled and, as usual, Matthew was there, sitting at the custom desk at Capernaum, to collect the taxes that the Jews had to pay to the Romans. He was a publican, despised by the people because he was considered in league with the oppressors. Probably, Matthew had become accustomed to it, but that day he heard a different voice. A man told him, “Follow me,” and Matthew got up and followed the man ever after. That man was Jesus, and Matthew’s life was no longer as before.

A sinner who meets Jesus

Levi organized a great banquet for Jesus, who went with his disciples, stirring up the scorn of scribes and Pharisees because there were in attendance publicans and sinners. Jesus’ answer greatly touched Matthew. “They that are well have no need of a physician, but they that are sick,” said the Nazarene, adding, “For I came not to call the just, but sinners.” Matthew, who was a sinner, left everything and followed Jesus, becoming one of the Twelve. He is also named a few times in the Acts of the Apostles. The proclamation of Christ would be his mission.

According to some sources, he would die of natural causes. Other traditions, considered untrustworthy, have it that his earthly life ended in Ethiopia. In the description of the four beings of the Apocalypse (eagle, ox, lion, man) Saint Matthew is associated with that of man. His relics are located in the crypt of the Cathedral of Salerno, where his feast day is marked with a solemn procession.

Author of the Gospel for Jews

He is the author of the Holy Gospel according to St. Matthew, which was almost certainly written not in Greek but Aramaic. The Gospel of Matthew is written with an audience of Christians of Jewish origin in mind: the text emphasizes that Jesus is the Messiah who fulfills the promises of the Old Testament.

From Matthew to Pope Francis, passing through Caravaggio

His figure is dear to iconography. Particularly known is the “Calling of St. Matthew” painted by Caravaggio between 1599 and 1600, kept in the Church of St. Louis of the French in Rome. An evocative painting in which light plays a fundamental role, a symbol of grace, which does not come from the window but from Jesus. A scene that draws the viewer into the dramatic action: Jesus’ finger points to Matthew, who in turn indicates himself, to ask for confirmation of the call. The story of St. Matthew and the painting of Caravaggio marked the life of Pope Francis, who told of it in his interview with Fr. Antonio Spadaro, SJ, in La Civiltà Cattolica  in 2013, in which, in relation to the figure of St. Matthew, the Holy Father defines himself as “a sinner to whom the Lord turned his eyes.”