The Love and Faith of the Grandparents of Jesus: St. Anne and St. Joachim 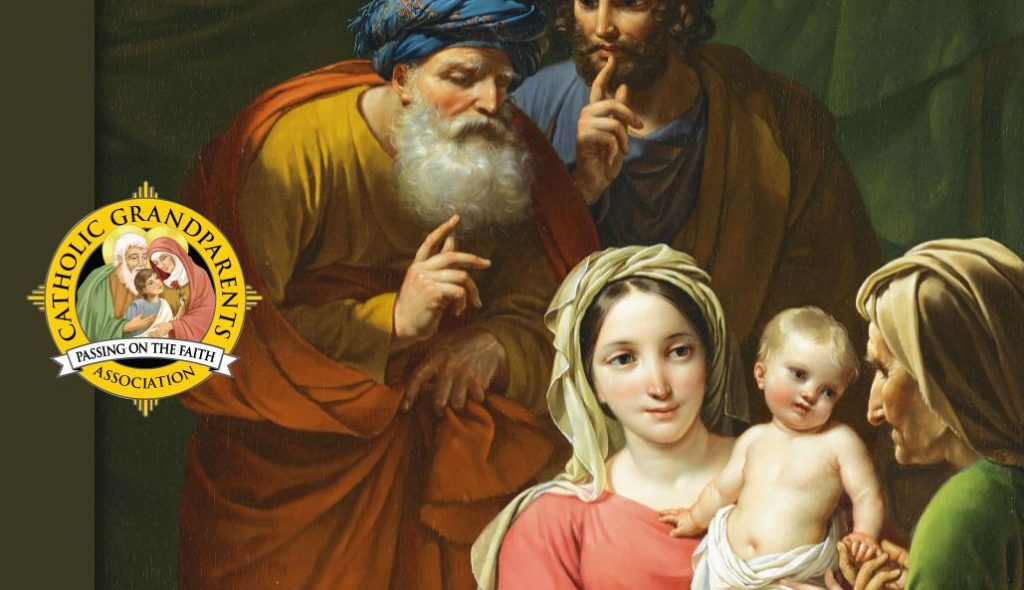 On July 26, the Feast Day of St. Anne and St. Joachim, we honor the lives of Mary’s parents, the earthly grandparents of Jesus. As existing information about Saints Anne​ and Joachim comes from the Gospel of James and Catholic legend, ​there is debate over the details of their lives. But regardless, it can be agreed that to be the parents of Jesus’s earthly mother, Saint Anne and Saint Joachim must have been faithful, devoted parents indeed. The patronage of Saint Anne includes grandparents, couples without children, women in labor, and women unable to conceive. Likewise, Saint Joachim is considered the patron of grandfathers, fathers, and grandparents.

Anne, in Hebrew, means “God has given grace.” According to existing accounts, she was barren for much of her life. One day in her advanced years, she conceived Mary, the mother of Jesus. Saint Anne dedicated the life of her child to the service of God when she was only three – a decision that was undoubtedly formative in the shaping of the future Mother of God.

The Role of Grandparents in Completing the Family Unit

In their home, Mary came into the world, accompanied by the extraordinary mystery of the Immaculate Conception. Mary grew up in the home of Joachim and Anne; she was surrounded by their love and faith: in their home she learned to listen to the Lord and to follow his will. Saints Joachim and Anne were part of a long chain of people who had transmitted their faith and love for God, expressed in the warmth and love of family life, down to Mary, who received the Son of God in her womb and who gave him to the world, to us. How precious is the family as the privileged place for transmitting the faith!

There is also something to be said for grandparents’ roles as repositories of wisdom and history. Their experience in faith and life has enriched their judgment, rendering them invaluable counsels for the generations that follow. They remember the heritage of the family and share it with future generations. As Pope Francis has also related:

How important grandparents are for family life, for passing on the human and religious heritage which is so essential for each and every society! How important it is to have intergenerational exchanges and dialogue, especially within the context of the family. The Aparecida Document says, “Children and the elderly build the future of peoples: children because they lead history forward, the elderly because they transmit the experience and wisdom of their lives” (No. 447). This relationship and this dialogue between generations is a treasure to be preserved and strengthened!

Saint Anne: Featured in the Basilica

Saint Anne can be found in the Saint Anne Chapel and the North Apse Ceiling of the Crypt Church.

In the North Apse, Saint Anne is shown teaching her daughter, Mary, to read. Sacred Scripture is open to the prophetic passage: “Behold the virgin shall be with child and bear a son” (Matthew 1:23). The Latin text in honor of Saint Anne translates, “The tongues of the pious magnify your offspring, and every joyful word is spoken concerning your child” (Common of a Virgin, Matins, II Nocturne, Lesson vi). https://www.nationalshrine.org/blog/the-love-and-faith-of-the-grandparents-of-jesus-st-anne-and-st-joachim/