These liturgical prayers highlight the beauty of Mary’s birthday 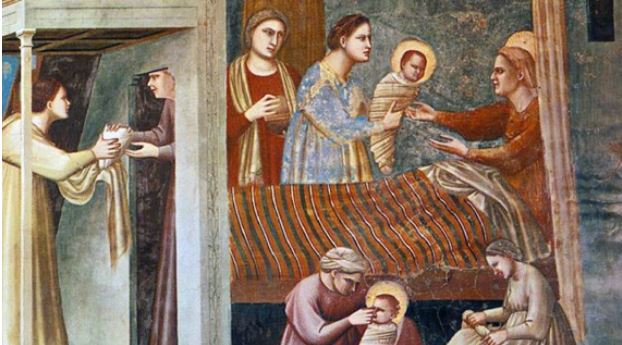 Both the East and West unite in their celebration of Mary’s nativity.

The feast of Mary’s birthday on September 8 (also known as Mary’s “nativity”) can be traced back to the 6th century. It began as a festive celebration in many Eastern churches and remains one of the principal feasts of the Byzantine and Orthodox liturgical years.

It took several centuries before the Western church in Rome adopted the feast, likely doing so through the influence of Eastern traditions. This can be seen in the following prayers that are said on the feast of Mary’s birthday in the Byzantine and Roman rites.

The prayers highlight the beauty of the feast and how the birth of Mary established immediate preparations for the coming of Jesus Christ. It would only be a little over a dozen years later that Jesus would be born in Bethlehem.

Mediate on these prayers and let the words speak to your soul and rejoice in the birth of the Blessed Virgin Mary.

Troparion: Thy Nativity, O Mother of God, has brought joy to all the world; for from thee arose the Sun of Righteousness, Christ our God, Who, having dissolved the curse, has given His blessing, and having abolished death, has granted us life eternal.

Kontakion: Joachim and Anna were freed from the reproach of childlessness and Adam and Eve from the corruption of death, O Immaculate One, by thy holy nativity. And thy people, redeemed from the guilt of sin, celebrate thy birth by crying to thee: The barren woman gives birth to the Mother of God and the nurse of our life.

Collect: Impart to your servants, we pray, O Lord, the gift of heavenly grace, that the feast of the Nativity of the Blessed Virgin may bring deeper peace to those for whom the birth of her Son was the dawning of salvation. Through our Lord Jesus Christ, your Son, who lives and reigns with you in the unity of the Holy Spirit, one God, for ever and ever.

Antiphon at Second Vespers in the Extraordinary Form: Thy birth, O Virgin Mother of God, proclaimed joy to the whole world; for from Thee arose the Sun of Righteousness, Christ our God; who released us from the curse, and gave us blessing; and confounding death, He granted us eternal life.