Today is the Feast of The Most Sacred Heart of Jesus 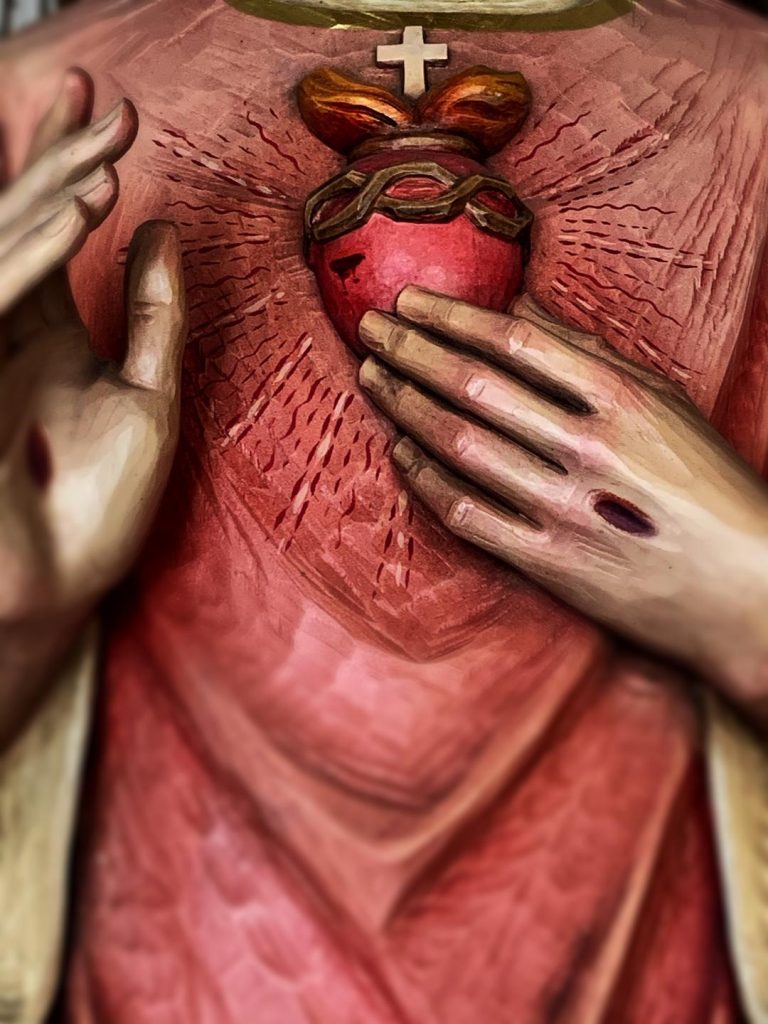 Feast of the Sacred Heart of Jesus The Friday that follows the Second Sunday in Time After Pentecost is the Feast of the Sacred Heart which brings to mind all the attributes of His Divine Heart mentioned above. Many Catholics prepare for this Feast by beginning a Novena to the Sacred Heart on the Feast of Corpus Christi, which is the Thursday of the week before. On the Feast of the Sacred Heart itself, we can gain a plenary indulgence by making an Act of Reparation to the Sacred Heart. From the earliest days of the Church, “Christ’s open side and the mystery of blood and water were meditated upon, and the Church was beheld issuing from the side of Jesus, as Eve came forth from the side of Adam. It is in the eleventh and twelfth centuries that we find the first unmistakable indications of devotion to the Sacred Heart. Through the wound in the side, the wound in the Heart was gradually reached, and the wound in the Heart symbolized the wound of love.” (Catholic Encyclopedia)This general devotion arose first in Benedictine and Cistercian monasteries of that time, especially in response to the devotion of St. Gertrude the Great, but specific devotions became popularized when St. Margaret Mary Alacoque (1647-1690), a Visitation nun, had a personal revelation involving a series of visions of Christ as she prayed before the Blessed Sacrament. She wrote, “He disclosed to me the marvels of his Love and the inexplicable secrets of his Sacred Heart.” Christ emphasized to her His love — and His woundedness caused by Man’s indifference to this love.

The promises of the Most Sacred Heart of Jesus. He promised that, in response to those who consecrate themselves and make reparations to His Sacred Heart, that: He will give them all the graces necessary in their state of life. He will establish peace in their homes. He will comfort them in all their afflictions. He will be their secure refuge during life, and above all, in death. He will bestow abundant blessings upon all their undertakings. Sinners will find in His Heart the source and infinite ocean of mercy. Lukewarm souls shall become fervent. Fervent souls shall quickly mount to high perfection. He will bless every place in which an image of His Heart is exposed and honored. He will give to priests the gift of touching the most hardened hearts. Those who shall promote this devotion shall have their names written in His Heart. In the excessive mercy of His Heart that His all-powerful love will grant to all those who receive Holy Communion on the First Fridays in nine consecutive months the grace of final perseverance; they shall not die in His disgrace, nor without receiving their sacraments. His divine Heart shall be their safe refuge in this last moment.

THE GOLDEN ARROW PRAYER MAY THE MOST HOLY, MOST SACRED, MOST ADORABLE, MOST INCOMPREHENSIBLE AND UNUTTERABLE NAME OF GOD BE ALWAYS PRAISED, BLESSED, LOVED, ADORED AND GLORIFIED, IN HEAVEN, ON EARTH AND UNDER THE EARTH, BY ALL THE CREATURES OF GOD, AND BY THE SACRED HEART OF OUR LORD JESUS CHRIST, IN THE MOST HOLY SACRAMENT OF THE ALTAR. AMEN.