WHAT IS “THE SOLEMNITY OF THE MOST HOLY BODY & BLOOD OF CHRIST, OR CORPUS CHRISTI?” 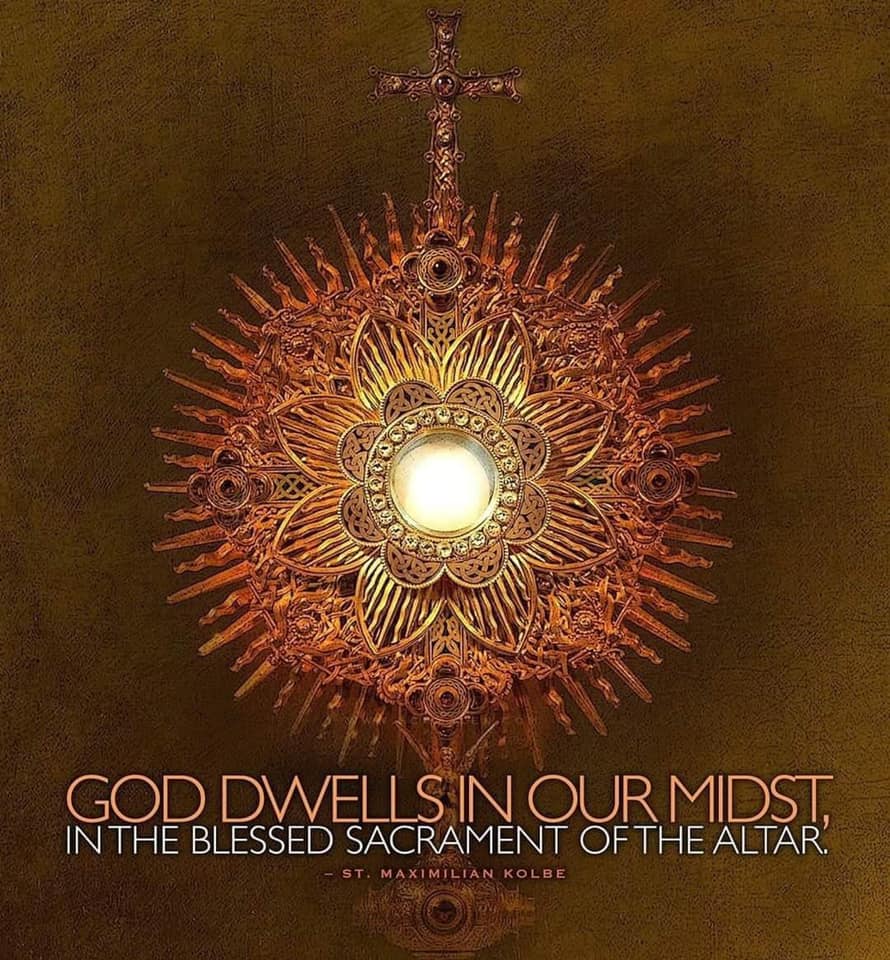 The Feast of Corpus Christi (Latin for Body of Christ) is a Catholic Latin Rite liturgical solemnity celebrating the belief in the body and blood of Jesus Christ’s Real Presence in the Eucharist.The Solemnity of the Most Holy Body and Blood of Christ, or Corpus Christi, is celebrated on the Thursday after Trinity Sunday in honor of the institution of the Holy Eucharist (in the U.S. it is transferred to the following Sunday). The feast originated with the visions of St. Juliana of Mont Cornillon, a Belgian nun deeply devoted to the Holy Eucharist, to whom Jesus appeared requesting a feast in honor of the Blessed Sacrament. St. Juliana shared this with the Church hierarchy, and after decades of opposition Pope Urban IV instituted the feast of Corpus Christi for the universal Church in 1264. At the time there was a formal dispute among theologians on the Real Presence of Jesus in the Eucharist—that is, Christ’s actual Body, Blood, Soul, and Divinity—for the first time in Church history. In response to this heresy and in support of the authenticity of St. Juliana’s visions, the first recorded Eucharistic Miracle took place in Orvieto, Italy which proved the truth of the literal interpretation of Christ’s doctrine handed down from the Apostles. The Holy Father requested that the liturgy for the feast be composed by St. Thomas Aquinas, now one of the Church’s most sublimely poetic liturgies. Corpus Christi is traditionally accompanied with Eucharistic large and elaborate public processions, most notably by the Holy Father in Rome.