Who in the Bible was assumed into Heaven? 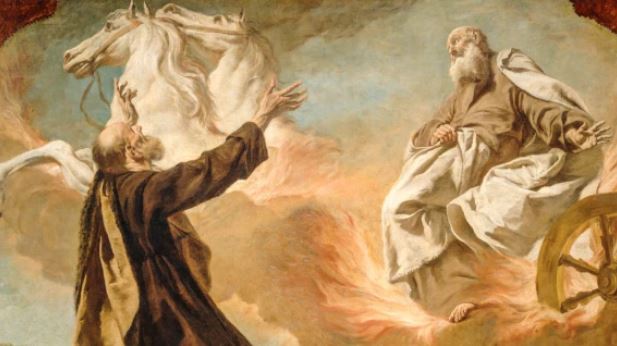 The Bible makes it appear that Enoch, Elijah, and possibly Moses were assumed by God after their earthly life had ended.

While tradition states that Mary was assumed into Heaven, the Bible refers to three other individuals who may have been assumed by God after their life was completed on Earth.

In the book of Genesis, Enoch is said to have been “taken” by God.

Enoch walked with God, and he was no longer here, for God took him.

This appears to imply that Enoch did not die, but that he was somehow physically taken by God. It’s important to note that the gates of Heaven were not open at this point, since that required the sacrifice of Christ on the cross.

Where exactly Enoch was taken is debated by biblical scholars, but it appears that Enoch’s earthly life ended and that his whole being was taken by God.

Moses clearly dies in the book of Deuteronomy, but his body goes missing.

Some point to the events of Jesus’ transfiguration as evidence that Moses was assumed by God, both body and soul.

The prophet Elijah is more clearly taken-up by God, in a very dramatic fashion.

As they walked on still conversing, a fiery chariot and fiery horses came between the two of them, and Elijah went up to heaven in a whirlwind.

Similarly, he appears at Jesus’ transfiguration and adds to the evidence in support that he was assumed by God at the end of his earthly life.

While Mary’s assumption is not recorded in the Bible, it makes logical sense that Jesus’ earthly mother would be united to him in all things, taken up to Heaven to be with her Son.