Why is the Holy Name of Jesus celebrated on January 3? 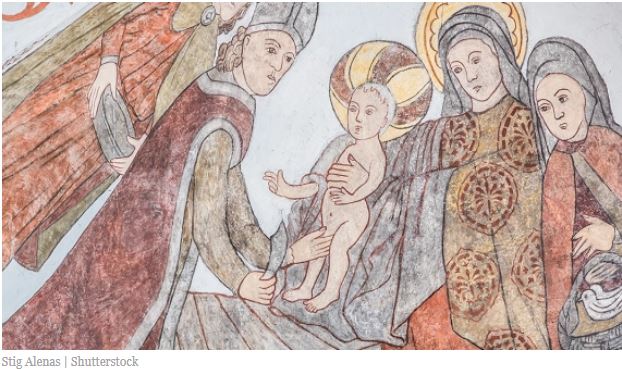 The feast of the Holy Name of Jesus is connected to the biblical event of Jesus’ circumcision.

During the Christmas season, the Roman Rite celebrates the optional memorial of the Holy Name of Jesus on January 3. This feast is placed roughly a week after Christmas to recall the circumcision of Jesus.

In the Gospel of Luke, Jesus receives his nameat the time of his circumcision, eight days after his birth.

And at the end of eight days, when he was circumcised, he was called Jesus, the name given by the angel before he was conceived in the womb.

This was according to Jewish custom and was followed by Mary and Joseph, the parents of Jesus.

Historically the Roman Rite has celebrated a variety of feasts to commemorate this occasion. For example, before 1962, January 1 was celebrated as the feast of Jesus’ circumcision. Furthermore, there was also a separate feast dedicated to the Holy Name of Jesus that was placed on a few different dates.

During the 19th century, the Holy Name of Jesus was on the 2nd Sunday after Epiphany. Then in the early 20th century, it was moved to the Sunday between January 2 and 5.

By 1962, the feast was placed on January 2 and after Vatican II it disappeared from the Roman Calendar, but was reinstated on January 3 in 2002. At the time, January 3 was the closest date to January 1 without an obligatory memorial.

The feast of the Holy Name Jesus is a beautiful celebration that recalls the power of Jesus’ name as well as the biblical event of his circumcision.