Why Pope Benedict loved the Magi 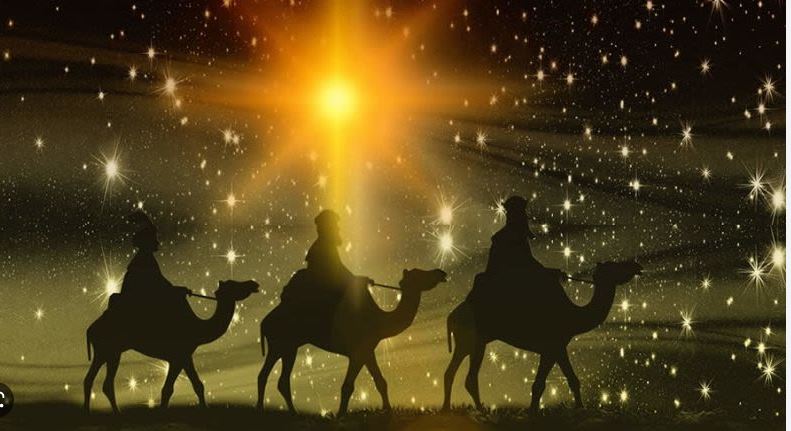 Pope Benedict XVI tells us that we ourselves become like the star which draws the Magi to the manger.

In the first homily he preached as the Vicar of Christ, Pope Benedict XVI said, “The purpose of our lives is to reveal God to people. And only where God is seen does life truly begin. Only when we meet the living God in Christ do we know what life is.” This is the heart of the feast of the Epiphany—a mystery dear to the heart of the late Pope Benedict XVI … and dear to all of us who dearly want to know what life is all about.

The restlessness of the Magi

It starts with the Magi, whom Pope Benedict XVI admired for the daring way they lived their humanity. In his Epiphany homilies, Pope Benedict notes that the Magi were men of prominent status and bearing. “They were no doubt learned men, quite knowledgeable about the heavens and probably possessed of a fine philosophical formation.They were, as we might say, men of science. They were probably sages who scrutinized the heavens.” But then he qualifies the point: They were scientists but “not simply in the sense that they were searching for a wide range of knowledge”; they scrutinized the heavens, “but not in order to try to ‘read’ the future in the stars, possibly to profit by so doing.” Rather, “they wanted something more.”

What distinguished the Magi above all else was their restlessness:

They were men with restless hearts, not satisfied with the superficial and the ordinary. They were people in search of the promise. They wanted to understand what being human is all about. The restless heart is the heart that is ultimately satisfied with nothing less than God. Our heart is restless for God and remains so, even if every effort is made today, by means of most effective anesthetizing methods, to deliver people from this unrest.

In other words, the restlessness of the Magi reminds us of us! We’re not satisfied with the superficial or the ordinary or an anesthetized existence. We are in search of the promise. We crave to understand the meaning of our own life.

The thing that singles out the Magi is their conviction.

Those men were seeking traces of God. They were people certain that something we might describe as the “signature” of God exists in creation, a signature that the human being can and must endeavor to discover and decipher.

Pope Benedict XVI highlighted this amazing certainty in a World Youth Day talk in 2005: “It was as though the Magi had always been waiting for that star. It was as if the journey had always been a part of their destiny, and was finally about to begin.” We feel this way as well!

The Magi were people impelled by expectation, “not satisfied with their secure income and their respectable place in society. They were looking for something greater:”

They wanted above all else to know what is essential. They wanted to know how we succeed in being human. And therefore they wanted to know if God exists, and where and how he exists … whether he is concerned about us and how we can encounter him. Nor did they want just to know. They wanted to understand the truth about ourselves and about God and the world. Their outward pilgrimage was an expression of their inward journey, the inner pilgrimage of their hearts.

The risk of the Magi

We might overlook how foolhardy and ludicrous the expedition of the Magi seemed to their colleagues.

We can imagine the Magi having to endure a certain amount of mockery for setting off to find the King of the Jews at the cost of so much effort. For them it mattered little what this or that person, what even influential and clever people thought and said about them. For the Magi it was a question of truth itself, not human opinion. Hence they took upon themselves the sacrifices and the effort of a long and uncertain journey.

The Magi gambled on a wondrous mystery of the Incarnation:

In other words, the Epiphany reveals a paradox that goes beyond all our imagining:

The Epiphany shows to us God who in turn is on pilgrimage: a pilgrimage to man. There is not only the pilgrimage of man towards God; God himself has set out towards us.

By deciding to set out on a journey that was both “outward and inward,” the Magi “traced a new road” for us all to follow. We are all meant to be Magi by taking seriously the deepest desires of our heart:

God looks out for people willing to “catch” his unrest, his passion for us, people who carry within them the searching of their own hearts and at the same time open themselves to be touched by God’s search for us.

The radiance of the Magi

Our steps committing to this journey are acted out in the liturgy, for the journeying of the Magi is “just the beginning of a great procession that continues throughout history. With the Magi, humanity’s pilgrimage to Jesus Christ begins.”

The encounter with Jesus at Epiphany “is an epiphany of God’s goodness and loving kindness for humanity.” By surrendering to the gift of our restlessness that leads us to Christ, the human heart “becomes a loving heart.” And that shows: Pope Benedict XVI tells us that we ourselves become like the star which draws the Magi to the manger … and that reveals God to people:

The wise men from the East, like all the saints, have themselves gradually become constellations of God that mark out the path. In all these people, being touched by God’s Word has, as it were, released an explosion of light, through which God’s radiance shines upon our world and shows us the path. The saints are stars of God, by whom we let ourselves be led to him for whom our whole being longs. The saints are God’s true constellations which light up the nights of this world, serving as our guides. Dear friends, this holds true for us too.