Why St. Lucy is popular in Sweden and how she’s still celebrated in that non-religious country 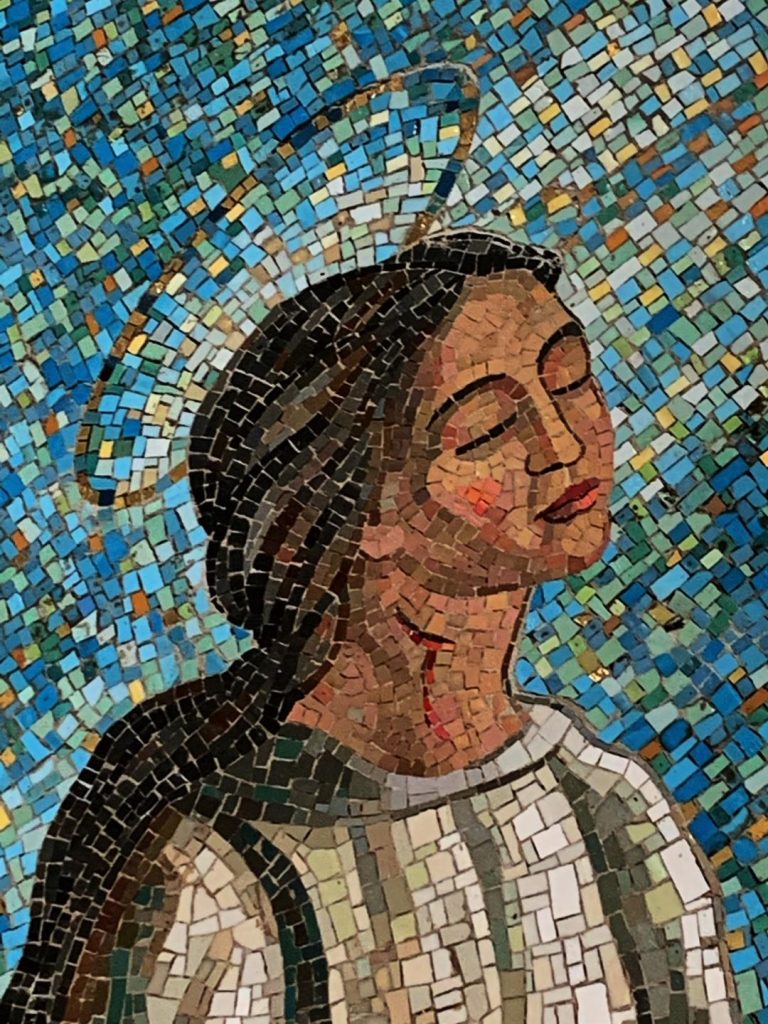 The 4th-century martyr showed up in the Middle Ages and saved the day.

In Sweden only eight percent of the population ever takes part in religious services. But every year on December 13 the country celebrates St. Lucy — a Christian woman martyred for her faith in Syracuse, Sicily, in the year 310.

The Life of Saint Lucy

Lucy was born to wealthy noble parents in Syracuse in 283. Her father died when she was young, leaving her alone with her mother, Eutychia.

Even though at the time it was illegal to be Christian, Lucy secretly consecrated herself to God. She promised to stay a virgin and use her dowry money to help the poor.

But Lucy’s mother had other ideas. Eutychia had a terminal blood disease. She wanted to see Lucy married off before she died, so she arranged for her to marry a well-off pagan man. Lucy wanted nothing to do with this and set about to change her mother’s mind.

In nearby Catania, miracles and healings were being reported at the tomb of St. Agatha. Lucy prayed to St. Agatha and took her mother on pilgrimage to the tomb. Eutychia was miraculously healed and agreed that Lucy should be free to dedicate her life to God.

This turn of events enraged the pagan man to whom Eutychia had promised Lucy. He reported Lucy to the governor of Sicily for being a Christian. Diocletian was emperor at the time.

A few different accounts of Lucy’s death exist and it is impossible to know which is correct. In one version she was sentenced to become a prostitute. But when guards tried to carry her off to the brothel her body was too heavy to move. In another version they tried to burn her alive, but failed. Finally she was stabbed in the neck with a dagger. Some versions of the story say Lucy’s eyes were gouged out by the Romans. This is why she is sometimes depicted holding her eyes on a tray.

Whatever happened, we know Lucy was killed by the Roman governor because she was a Christian.

But how did devotion to Lucy spread to Scandinavia?

By 400 Lucy was being venerated as a martyr by Christians in Europe. Around the 1100s the first monks reached Sweden. They brought with them stories of St. Lucy and devotion began there.

There is a story told that during the Middle Ages a famine hit southern Sweden. During this famine, on the darkest night of the year (the winter solstice), a ship sailed into Lake Vannern with a lady standing at the helm, surrounded by an “unearthly light” — St. Lucy. Once in port, the saint distributed bags of wheat that lasted all winter long.

It is also told that Lucy used to bring food to persecuted Christians. To free her hands in order to carry more supplies, she placed a wreath of candles on her head to light her way.

Even today In Swedish tradition, the oldest girl in the family dresses as St. Lucy. She wears a white robe with a red sash around her waist, and a crown with lit candles on her head (nowadays the candles are battery operated LED candles). She serves coffee and baked goodies to the family. Churches in Sweden often have St. Lucy processions. A a girl dressed as the saint leads a candlelight procession of young boys and girls. Once in the church “Lucy” and her entourage lead the congregation in singing carols and hymns.

St. Lucy is venerated by Catholics, Orthodox Christians, Lutherans and Anglicans. In the Catholic Church she is the patron saint of Syracuse, virgins, and the blind.

The popular Italian song “Santa Lucia” is often associated with the saint. But the song is actually about the waterfront Santa Lucia neighborhood in Naples. In Scandinavian countries, however, the song has been given lyrics that are linked to the saint.

Various YouTube videos are available to watch some of the celebrations, includinghttps://www.youtube.com/embed/null?enablejsapi=1&origin=https%3A%2F%2Faleteia.org&widgetid=1andhere