Young mother of three advances along path to sainthood 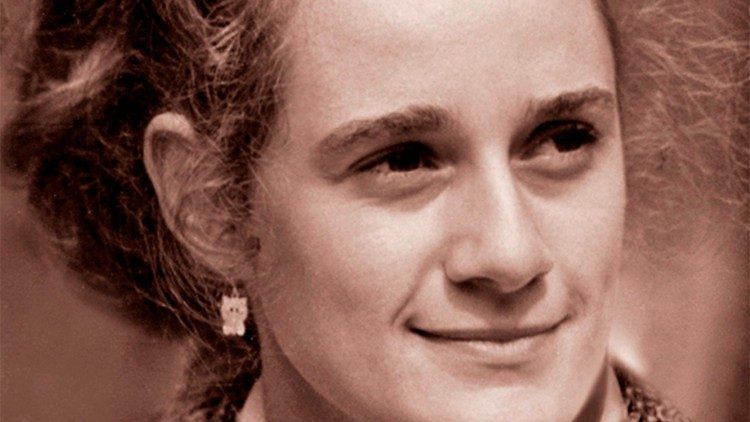 Pope Francis authorizes sthe promulgation of Decrees concerning the heroic virtues of the Servants of God Enrica Beltrame Quattrocchi, the daughter of a couple beatified in 2001; Placido Cortese, a Franciscan friar who died under torture by the Gestapo; and a young Italian mother, Maria Cristina Cella Mocellin, who delayed chemotherapy treatments in order to save her unborn child.

Three figures whose lives were characterised by surrender to God’s love, trust in His mercy, and hope in His forgiveness. These are the traits that distinguish the new Venerable Servants of God.

After Monday’s audience with Cardinal Marcello Semeraro, prefect of the Congregation for the Causes of Saints, Pope Francis authorised the Dicastery to promulgate the Decrees concerning the heroic virtues of Enrichetta Beltrame Quattrocchi, Fra Placido Cortese, and Maria Cristina Cella Mocellin.

“Riccardo, you are a gift for us”

Maria Cristina Cella Mocellin was born on 18 August 1969 in Cinisello Balsamo, in the province of Milan. She grew up in the parish, and during her high school years began her journey of vocational discernment in the community of the Daughters of Mary Help of Christians of Don Bosco. When she met Carlo at 16, she changed her perspective and felt she was called to marriage. Two years after the discovery of a sarcoma in her left leg, the treatments and therapies did not distract her from finishing high school and marrying Carlo in 1991. The couple had two children, but as soon as Maria Cristina discovered she was pregnant with her third child, the disease reappeared.

She chose to continue with the pregnancy, undergoing treatment that would not put her child’s life at risk. In a letter she tells Riccardo, her third child, about those moments:

“With all my strength I resisted giving you up, so much so that the doctor already understood everything and did not add anything else. Riccardo, you are a gift for us. It was that evening, in the car on the way back from the hospital, that you moved for the first time. It seemed as if you were saying, “Thank you mamma for loving me!” And how could we not love you? You are precious, and when I look at you and see you so beautiful, lively, friendly, I think that there is no suffering in the world that is not worth bearing for a child.”

Maria Cristina died of cancer at the age of 26, certain of the Father’s love, faithful to Him in His plans.

A family loved by God

Nine years after her death in Rome, the Church is recognising the heroic virtues of Enrica Beltrame Quattrocchi, the youngest daughter of Blessed Luigi Beltrame Quattrocchi and Maria Corsini, who died at the age of 98. Theirs was a family that lived a path of holiness, demonstrating, said John Paul II when he beatified the parents in 2001, that “it is possible, it is beautiful, it is extraordinarily fruitful and it is fundamental for the good of the family, the Church, and society.”

Enrica had intended to follow in the footsteps of her siblings, Don Tarcisio, Sister Cecilia, and Don Paolino, who pursued religious vocations; but her destiny was different, her vocation was to accompany her elderly parents. She was involved in volunteer work with the Daughters of Charity of St Vincent de Paul with whom she went to the most difficult areas of Rome; in Catholic Action together with her mother; and she devoted herself to teaching. From 1976 she was Superintendent of the Ministry for Cultural and Environmental Heritage.

Her life was marked by various illnesses and economic difficulties, but above all by prayer and daily participation in Mass. In her last years, she dedicated herself to helping couples in crisis. The love of God was her reason for living.

The man of charity and of the word

The most notable feature of Franciscan friar Placido Cortese was his ability to give himself completely. He was patient, simple, ever ready to take on difficult situations such as those that characterised the last years of his life. Born on 7 March 1907 in Cres (now in Croatia), he became a priest in 1930, served in St Anthony’s Basilica in Padua, and a few years later became editor of the magazine Il Messaggero di Sant’Antonio (“The Messenger of St Anthony”).

During the Second World War, on behalf of the Apostolic Nuncio in Italy, Archbishop (later Cardinal) Francesco Borgongini Duca, Fra Placido assisted Croatian and Slovenian internees in Italian concentration camps, especially in Chiesanuova, near Padua. After the armistice of 1943, he worked tirelessly to facilitate the escape of former Allied prisoners, as well as people persecuted by the Nazis, including Jews. This willingness was interpreted by the Germans as political activity and led to his death.

On 8 October 1944, through a ploy, he was lured out of the Basilica of St Anthony – which was an extra-territorial area and thus outside the jurisdiction of the occupying forces. He was taken to the SS barracks in Trieste where he died following the harsh torture he suffered.